With just under three months to the hotly contested general elections, Kenyans have the perfect chance to elect leaders who will serve them diligently for the next five years.

However, there is equally a risk of electing individuals with a tainted character if cleared by the IEBC.

One such individual is former Nairobi governor Mike Sonko who declared his interest in running for the Mombasa gubernatorial seat under the Wiper ticket.

Sonko is facing a number of charges in court and just yesterday, EACC said there was enough evidence to have him re-arrested and arraigned in court for the offense of escaping from lawful custody at the Shimo La Tewa GK prison while serving his sentence at the facility.

The controversial leader was also impeached in December 2020 by the Nairobi County Assembly on four accounts of Gross Violation of the Constitution, Abuse of Office, Misconduct and Crimes against National Law.

His return to politics is now facing huge hurdles with Directorate of Public Prosecutions (DPP) Noordin Haji vowing to block him from contesting in the August polls arguing that his impeachment rendered him unfit to hold any public office.

Do you think Sonko should be cleared to contest in the polls? And is he fit to hold a public office following his impeachment?

Kalonzo Submitted His Presidential Bid to IEBC Ten Days Ago Until then unveiling, Kindiki was a formidable candidate in the race to be Ruto’s deputy.

‘Mchele’ Link to Man Shot in Gangland Fashion in Mirema 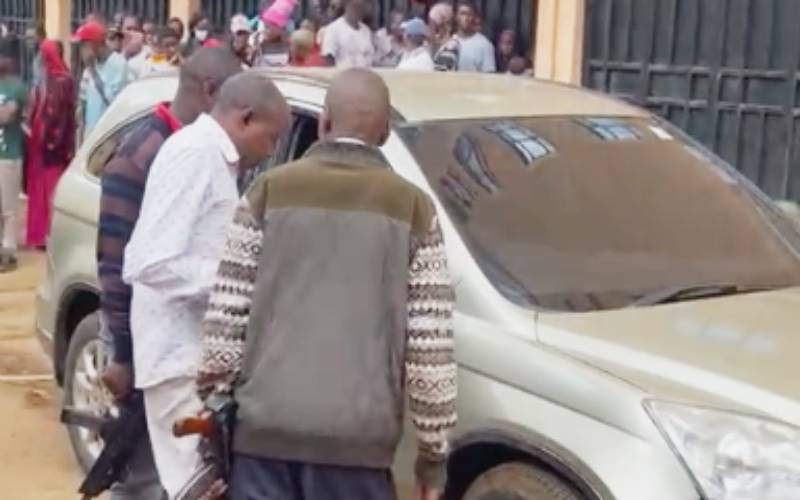 Confidential police sources have revealed that the man who was shot dead in gangland fashion at Mirema Drive Estate, Nairobi, on Monday afternoon was the head of a criminal cartel involved in stupefying revellers in clubs.

Samuel Mugo Mugota, 49, was killed on Monday at around 4 pm.