President Uhuru Kenyatta and Deputy President William Ruto came face to face in a tense cabinet meeting, that was being held after an 18-month break that saw an escalation of differences among its members. 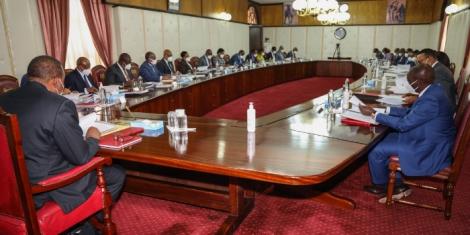 The meeting reportedly went on smoothly albeit with a tense moment between the Head of State and his deputy. They avoided direct eye contact and restrained themselves to the business at hand.

During the discussion on the state of the nation’s economy, the President appeared to take on Ruto directly, accusing him of seeking to gain mileage by criticising cabinet decisions in public rallies.

Without mentioning names or looking in Ruto’s direction, the President accused his deputy, who was seated on his immediate right, of attacking the government he was part of, wondering why he had not quit if he felt not part of it.

In other news, like watching a movie on Netflix, eight robbery with violence suspects made a dramatic escape from Thika Police Station cells in unclear circumstances on Wednesday night.

The officer who was in charge of the cells says that he was called by one of the suspects who requested him to take him to the toilet at around 10 pm. 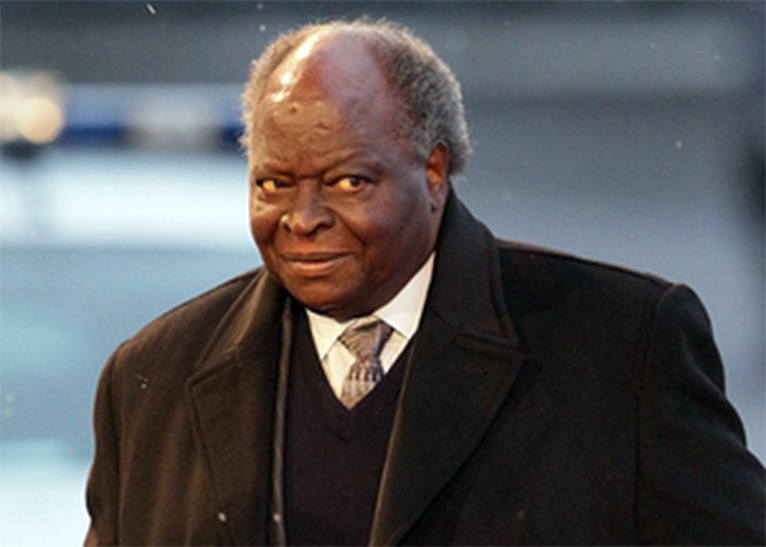 It’s been barely weeks since the country paid its last respect to the third President of Kenya Mr. Mwai Kibaki. President Kibaki passed away after battling old age illnesses for a number of years.

After his death, a number of issues were raised by both friends and family on how to handle his send-off. One of the major bones of contention was the issue of Kibaki’s children.

According to official reports, Kibaki was legally Married to Lucy Kibaki and the two had three children together. However, there was the public secret of Mary Wambui whom he is said to have Sired a daughter while he was still married to Lucy.

Barely a month after his burial, a man identified as Jacob Ochola Mwai is now threatening to go to court if the family does not recognize him as Kibaki’s Son. According to a report by a local daily, Jacob was the product of an affair Between Kibaki and his mother Hilda Ochola way before the president settled down.

Deputy President William Ruto has been accused of betraying the Mt Kenya region at the last minute despite agreeing to stand with him as new details emerge.

Led by Tujibebe Party an affiliate party inside the Kenya Kwanza, William Kabogo has informed that despite issuing demands to DP Ruto that would cater to the Interest of Mt Kenya People, DP Ruto, and the Kenya Kwanza team have decided to go against his wish disclosing that in the Kenya Kwanza agreement deposited to the Registrar of Political Parties there is nowhere he read about the benefits Mt Kenya region will get if he wins the Presidency.

Kabogo has said that DP Ruto should come out publicly and explain to the people of Mt Kenya what benefits are they going to get if he wins the Presidency, extending that should he fail to do so then, he will mobilize other 10 Mt Kenya leaders inside the Kenya Kwanza to abandon him. 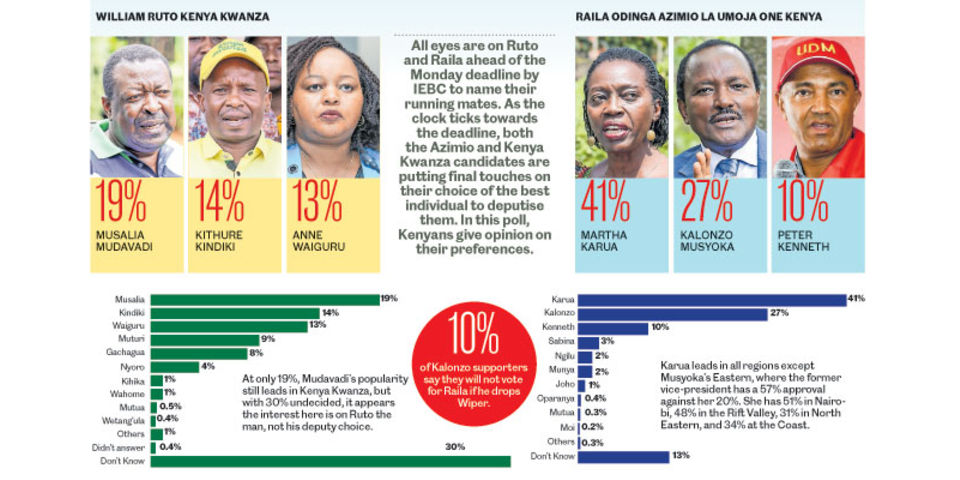 The survey conducted by Infotrak Research last week shows Ms Karua, who was among the 11 people a panel formed by Azimio la Umoja One Kenya Coalition interviewed for the job, has a 41 per cent approval rating among those who will vote for Mr Odinga.

Wiper Party chief Kalonzo Musyoka, who insists he is the best person to deputise Mr Odinga having been his running mate in 2013 and 2017, comes a distant second at 27 per cent.