According to Interior and National Coordination Cabinet Secretary Fred Matiang’i, Kenyans should be seated at the stadium by 8:00 AM to allow for the smooth running of the event.

For a section of Kenyans who will be going about their business, they are advised to keep an eye on Kenyatta Avenue, Uhuru Highway and Aerodrome Road since the Kenya Defence Forces will have a procession to Nyayo Stadium.

Thousands of Kenyans are expected at the event led by President Kenyatta, with the attendance of diplomats and three visiting heads of state.

The event will end by 1 PM as preparations for Saturday’s final send-off at his Othaya home, Nyeri county is concluded.
The body of the late former President lay in state at the Parliament buildings for three days where body viewing was conducted.

Today also is a public holiday and marks the start of a long 5-day long ‘weekend’. Kenyans will celebrate Labour day on Monday while Tuesday is Eid al-Fitr which marks the end of Ramadan, the Muslim holy month of fasting.

As the country continues to mourn the late Mwai Kibaki, what will you remember him for? 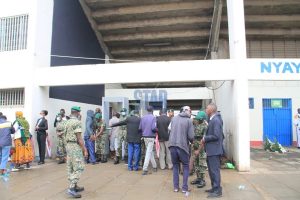 Members of the public have started arriving at the Nyayo National Stadium in readiness for the state funeral of the late President Emilio Mwai Kibaki.

The public is being subjected to strict security screening before being allowed into the stadium. 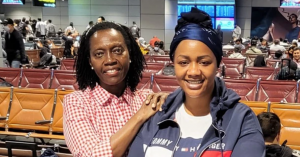 The former Tangatanga vocal Women Rep Hon Cate Waruguru who failed and lost nominations in Ruto’s United Democratic Alliance (UDA) party primaries has ever since gone silent after ranting for a few weeks and accusing the party of rigging her out.

Waruguru who had perfected the art of firing salvos at the incumbent Head of State President Uhuru Kenyatta and the ODM leader Raila Odinga suffered a big blow in UDA having lost terribly in the party primaries. She further faulted Chief Hustler for not issuing her with a direct ticket as other aspirants in other regions citing that her efforts in selling the UDA party were enormous.

Today, thousands of Kenyans are expected to tour Nyayo Stadium where they will accord the third Kenyan president Mwai Kibaki a decent send-off.

The ceremony will be led by President Uhuru Kenyatta and his deputy, with over 10 heads of state from around the world expected at the Nyayo stadium.