It is on a Thursday and the country is still mourning the death of former late President Mwai Kibaki.

On Wednesday, Kenyans turned up in large numbers at parliament buildings to pay their last respect to the man they endowed for 10 years. This marked the last day of the three days of Kibaki’s body viewing exercise.

Kibaki’s body will on Friday, be taken to Nyayo National Stadium for a funeral service which will start at exactly 8 am. This is to allow enough time for the preparation of the final rites that will be conducted at the former President’s home in Othaya, Nyeri County on Saturday.

Kenyans who missed out on the military grandeur involved in escorting former President Mwai Kibaki’s body from Lee Funeral Home and Thursday’s procession from State House to Nyayo Stadium for his requiem will also have an opportunity to view his final journey to Othaya along the Nairobi-Nyeri highway on Saturday morning.

Kibaki’s last funeral service will take place in Othaya Approved School followed by the burial later at his Othaya home.

However, a section of Jubilee party officials had suggested that Kibaki’s remains be buried in the historic gardens (freedom corner) as this would be symbolic and in sync with what he fought for. Do you think this was justified? 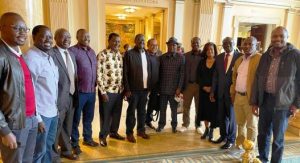 The vocal political bigwigs who accompanied the ODM leader and Azimio presidential candidate Rt Hon Raila Odinga seems to have other plans soon after the former Prime Minister cut short his trip and jetted back to Kenya ahead of Mwai Kibaki’s State funeral.

Other vocal leaders in the Raila’s team remained behind to spread the Azimio gospel in the diaspora. Soon after Raila’s departure to Kenya, the vocal Homabay Senator Moses Otieno Kajwang revealed that the Azimio team had touched down on Minneapolis, Minnesota, USA to spread Raila’s bid in clinching to the top seat. 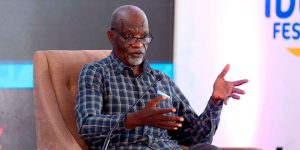 Scientists have warned of a sixth wave of Covid-19 and asked Kenyans not to drop their guard.

In its 15th advisory, the eminent committee of the Lake Region Economic Bloc (LREB) says the next Covid-19 wave will begin at the end of April, reach its peak around May 17 and decline after June 2. The list of aspirants eyeing elective seats as independent candidates continues to surge after 10 politicians were cleared to run for president on individual sponsorship.

Although their names were not immediately made available, they are expected to face main contenders, Deputy President William Ruto (UDA) and Raila Odinga (Azimio).