It is on a Thursday and political heat in the country is already heating the roofs.

While parties are busy preparing themselves for nominations, a number of parties inside the Azimio la Umoja camp are threatening to face the exit after they felt their presence and concerns have not been taken care of.

Led by Machakos Governor Alfred Mutua’s Maendeleo Chap Chap party, Charity Ngilu’s Narc party and Governor Kivutha Kibwana’s Mungaano party, they have threatened to look for other political partners if their conditions are not met within the next 48 hours.

Addressing the press on Wednesday, the affiliate parties said the document which they signed while joining Azimio needs to be renegotiated to ensure that all interests are taken care of.

They complained that they have been dwarfed by their bigger brothers and their party leaders sidelined in key decision-making processes.

DAP-K Party also said they are in disagreement with certain clauses in the coalition agreement that could possibly lead to the zoning of certain regions.

Should the said parties exit from Azimio, do you think this will affect Raila’s August bid?

Me with Mudavadi? You must be joking! I’m in UDA – Sakaja

Nairobi Senator Johnson Sakaja will be seeking the United Democratic Alliance ticket to run for the Nairobi governor’s seat in the August elections, setting the stage for a brutal battle with Bishop Margaret Wanjiru who has been the face of the party in the city.

Sakaja yesterday confirmed he was a member of Deputy President William Ruto’s UDA and will be fully participating in the party’s nominations on April 14. 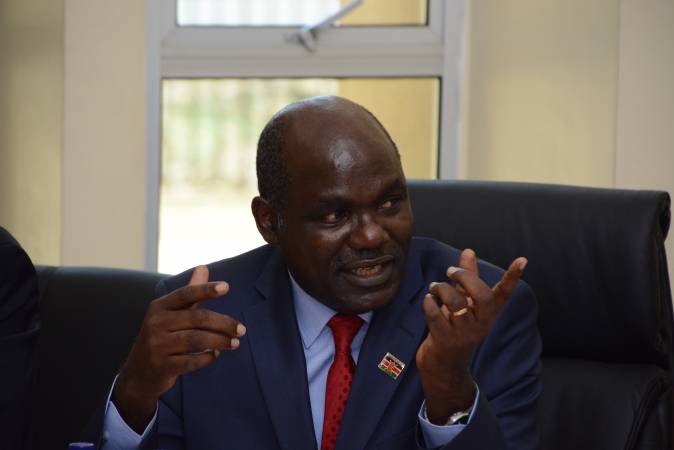 Aspirants who will lose in party nominations will only have 10 days to quit their outfits and become independent candidates in the August 9 elections.

The Independent Electoral and Boundaries Commission (IEBC) yesterday issued deadlines for those wishing to participate in the coming polls asking every party and aspirants to make sure they adhere to them.

Kega, Chege & Other Mt Kenya Leaders Blamed For Not Selling Raila in Their Region Despite their existence and many other Mt Kenya leaders in Azimio One Kenya who are supposed to take charge and campaign for the president Uhuru handshake soulmate in Mt Kenya, his popularity in the vote-rich region is still wanting even as days to August polls elapse with speed.

However, Orange Democratic Movement (ODM) party is now pointing fingers at their fellow Jubilee counterparts accusing them for not committing themselves to sell the opposition chief in the Mt Kenya region, instead advising residents to make personal choices.