After NARC Kenya leader Martha Karua gave Raila Odinga’s big day a wide berth on Saturday, the big question now for the Iron Lady is what next?

Karua was the only OKA principal to skip the Azimio la Umoja NDC at KICC, with Wiper’s Kalonzo Musyoka and KANU’s Gideon Moi as well as UDM’s Cyrus Jirongo all present during the signing of the binding pact that saw the ODM boss formally endorsed as the outfit’s presidential flag bearer.

The NARC Kenya leader has seemingly been reluctant to jump on the Azimio la Umoja bandwagon despite being one of the names in a very short list of proposed leaders from the Mt. Kenya region to deputize Odinga in the race to State House.

A week to the NDC, the former Gichugu MP had pleaded for seven more days to scrutinize the coalition agreement while arguing that the changes in the Political Parties Act had occasioned the sudden call for an extension of time.

This now begs the question: Is Karua planning to run the race solo or could she pull a surprise and join Odinga’s main challenger DP William Ruto? 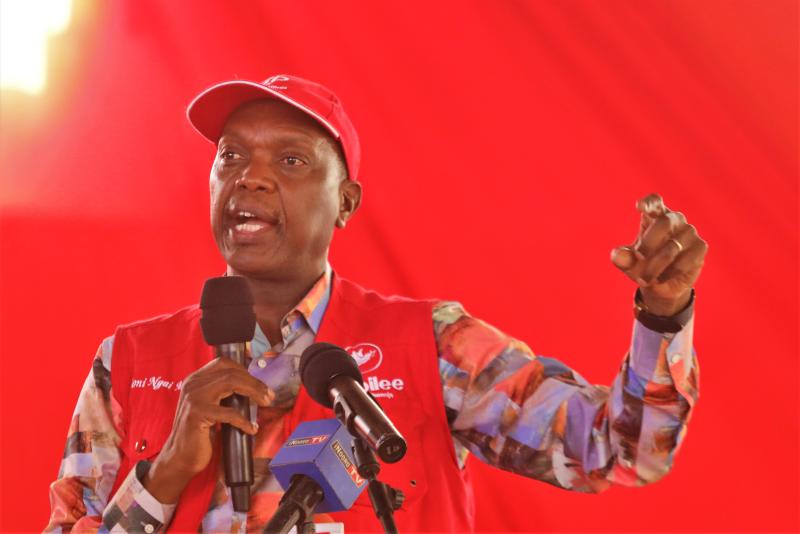 Jubilee Party’s recently installed Secretary-General who doubles up as Ndaragwa Member of Parliament has broken his silence on the fate of Senator Kimani Wamatangi’s Senate Chief Whip position following his defection to the rival UDA party.

In the past, the ruling party has always dewhipped betrayers from key parliament positions immediately after defecting to rival parties associated with the deputy president William Ruto.

The United Democratic Alliance Party has disclosed the mistake that will deny the Western region a running mate position asking Kakamega Senator Cleophas Malala to either go silent or quit.

After Senator Cleophas Malala said that the Amani National Congress Party will not go below the running mate position.

While addressing a rally in Wajir on Wednesday, March 9, the former prime minister asked the area electorates to shun madoadoa while electing their leaders in the August polls.