Today is the first day of a new month but as the old month, politics keeps getting interesting, better and hotter with each passing day.

with less than 5 months to the August 9 poll elections, the question or the last piece of the puzzle is the running mate candidates that the presidential candidates will pick.

Cracks have begun to emerge in the Kenya Kwanza Alliance (KKA) following remarks by Mathira MP Rigathi Gachagua, that position of the running mate in the coalition was the preserve of the Mt. Kenya region.

In a move that is likely to test the unity of the alliance, Gachagua said that neither Amani National Congress leader Musalia Mudavadi nor his Ford Kenya counterpart Moses Wetangula will be the running mate of Deputy President William in the August 9 polls.

The legislator who is in the UDA party charged that Mudavadi and Wetangula entered the KKA well aware that the position would go to Mt. Kenya.

On the other hand, the closest competitor to the DP is the ODM leader Raila Odinga who is torn between picking a running mate from the vote-rich Mt. Kenya region and other regions that will make an impact on his presidential bid.

Former Gatanga MP Peter Kenneth, Narc Party Leader Martha Karua, Kirinyaga Governor and one of the OKA alliance principals are some of the few people who have been fronted to deputise the former premier.

What do you think the new month, March lays for us when it comes to politics? Should we expect President Uhuru Kenyatta to go bare Knuckle on his Deputy while campaigning for His former nemesis Raila Odinga? 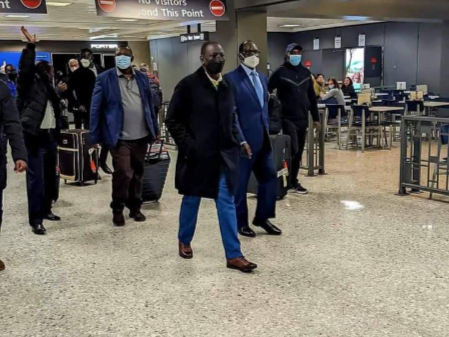 Deputy President William Ruto is currently in the middle of a high powered trip to the United States of America (USA) with members of his delegation who will be in the US and the United Kingdom for almost two weeks.

The country’s second most senior government official arrived in the US yesterday shortly past midnight flanked by a number of government officials that include senators, key members of the national assembly, aides in his Harambee Annex office etc.

However, the trip did not go on without a fuss as right in the middle of it, DP William Ruto’s name was once again dragged into the ongoing international criminal Court (ICC) trial ongoing at the Hague.

Ruto whose case collapsed several years ago due to lack of evidence was mentioned yesterday by a key witness as the influential Kenyan leader who tasked lawyer Paul Gicheru to influence the witnesses in his ICC case. 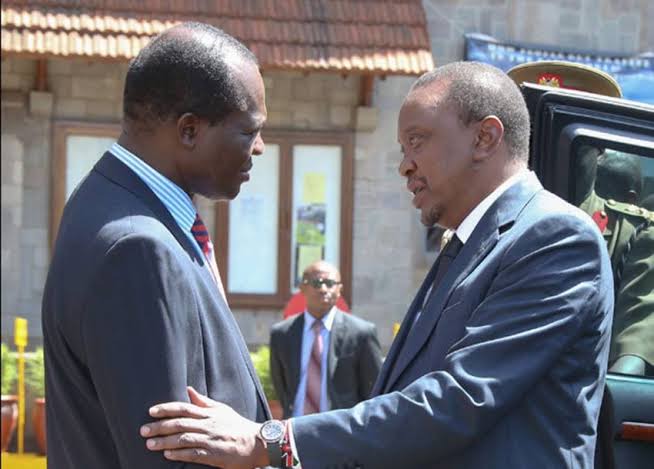 On Saturday at the Kenyatta International Conference Center, president Uhuru Kenyatta asked Orange Democratic party leader Raila Odinga not to leave Raphael Tuju in the dark but help him secure the seat that his heart is after.

Raila Odinga and Mombasa Governor Ali Hassan Joho who were sitting by nodded their heads in agreement with President Uhuru’s request.

Now, the decision to welcome back Tuju to ODM has sent jitters to Members in Raila’s inner circle as is set to go after seats which are already being coveted by Raila’s long-standing friends. Speaking to Nation Africa, Mr Tuju opened up on three seats that his heart wants in the upcoming general elections.

Member of Parliament, Hon Moses Kuria, into One Kenya Alliance (OKA), details emerging indicates that the principals have agreed to sign a coalition agreement.