The month of November has literally come in hot.

For instance, today is the second day of the month and over 10 schools have been closed due to fire incidences with principals blaming the long closure of schools for the return of arson attacks.

In the latest fire incident, horrific recordings show some students at Buruburu Girls jumping from the first and second floors of a blazing dormitory.

The fire incident occurred simultaneously with another reported case in Chavakali Boys in Vihiga county.

Moments later, Karima Boys High School was reported to be on fire past midnight which took the intervention of security personnel to quell the situation.

Moi girls Marsabit also suffered the same fate with Sigalame Boys High School, Kabarak High School and Gendia Secondary School being some of the schools that have experienced fires.

November comes in hot again as President Uhuru Kenyatta, Jubilee’s party leader, is set to crack the whip on his Deputy and his allies by showing them the door.

Jubilee party has lined up a National Delegates Conference(NDC) in a move seen by pundits as calculated at cracking the whip on William Ruto, the deputy party leader, who is propagating the ideals of the United Democratic Alliance(UDA).

The move has been meted with a lot of criticism from DP Ruto allies who have scoffed at the move as a threat and blackmail.

Last year’s long closure of schools to contain Covid-19 could have sparked the return of arson attacks in secondary schools, principals say.

Over the years, the second term of school calendars have been characterised by chaos, with students razing school structures.

In the latest fire incident, horrific recordings show some students at Buruburu Girls jumping from the first and second floors of a blazing dormitory. 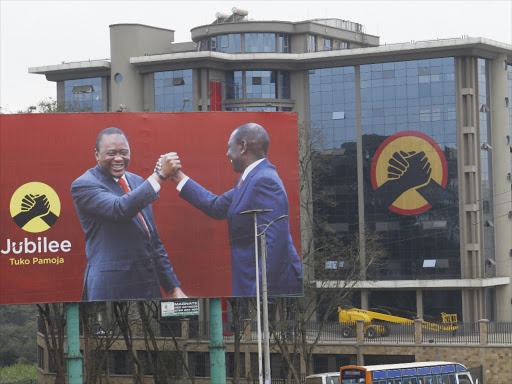 The ruling Jubilee Party is no longer a party worth being a member of and has been completely eroded, Garissa Town MP Aden Duale has said.

He is among members of the party who seems to have decamped to join Deputy President William Ruto, the Jubilee Deputy Party Leader, in his UDA party, after abandoning President Uhuru Kenyatta.

On Monday, the Jubilee leadership said that there are plans to kick out people like Duale, who are advancing ideas of another party despite remaining members of the once invincible political side.

But he has laughed off the development, saying that as Ruto allies they aren’t shaken since Jubilee is already dead anyway and not worth being part of.

A warrant of arrest has been issued against Lamu Senator Anwar Loitiptip.

This is after he failed to attend a mention of a case between him and 32-year-old Joy Makena at the Nanyuki Court.

At the court session, his lawyers argued that Anwar sustained injuries on Sunday and was admitted at a hospital.