One of the winners, Stephen Angayia, had two winning bets, bringing the total number of winning tickets to 6.

By virtue of Jackpots being a shared prize by nature, the winners would have taken home Ksh 2.5 Million each but to their surprise, the top betting firm decided to boost their winnings with an extra Ksh 6 Million. 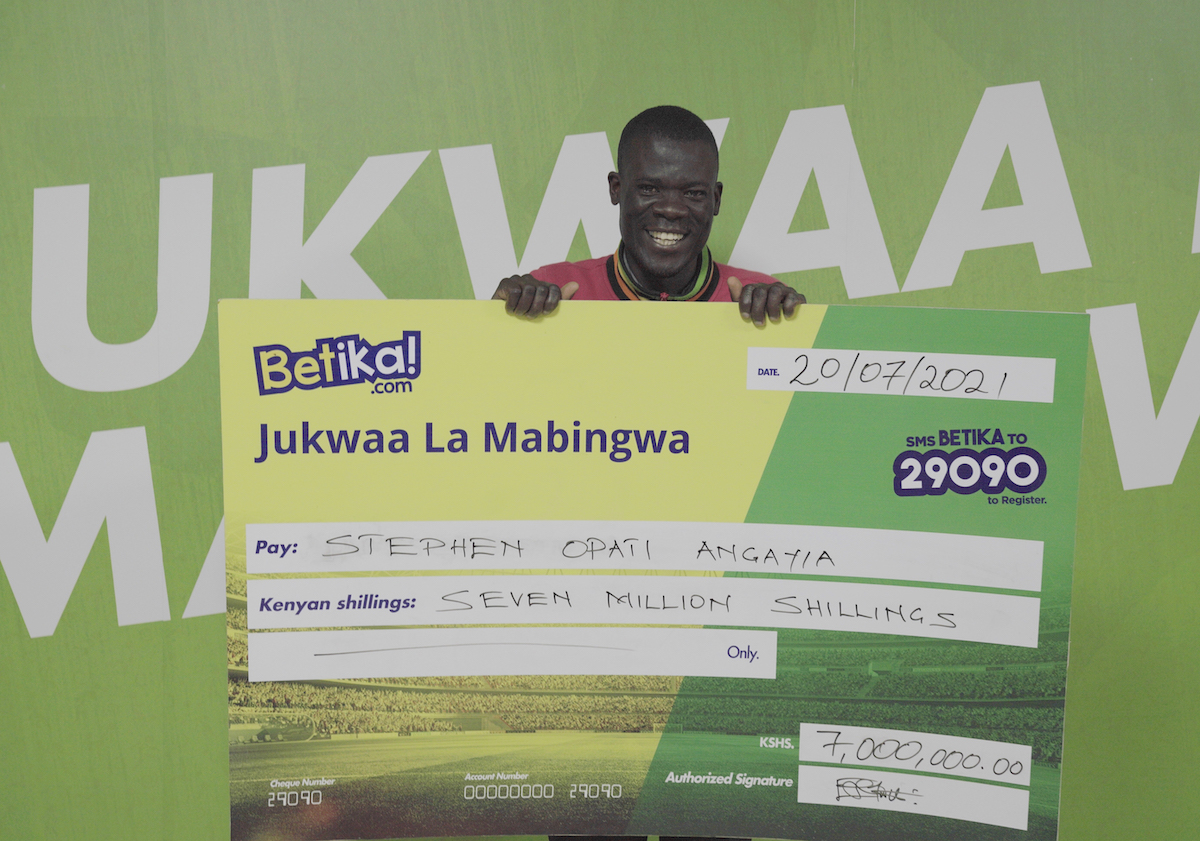 This meant that the winners would share Ksh 21 Million instead of 15 Million, giving each a gross winning of Ksh 3.5 Million.

Stephen, who had two winning tickets got Ksh 7 Million.

Stephen Angayia, a die-hard football fan, admitted to watching football matches from as far as Kazakhstan.

“I love football, I watch most of the matches from around the world. I have won bonuses several times and I knew that sooner or later I would get my big win. I’m happy about this win. To be honest, I placed over 30 bets with different combinations on my two numbers but because the midweek Jackpot is very affordable, my total spend was less than Kshs 500. This is what I like about Betika, unlike other sites, they are affordable, they have no minimum bet amount, and the platform is so user friendly,” said Stephen.

“During my free time, I would select different combinations which I believe is the secret to winning. I don’t stop at 2 combinations, I stop at at least 10 after placing as many combinations as possible,” said Stephen to the other four Midweek Jackpot winners.

Stephen will be spending part of his winnings to enroll himself into university to pursue a degree in civil engineering. 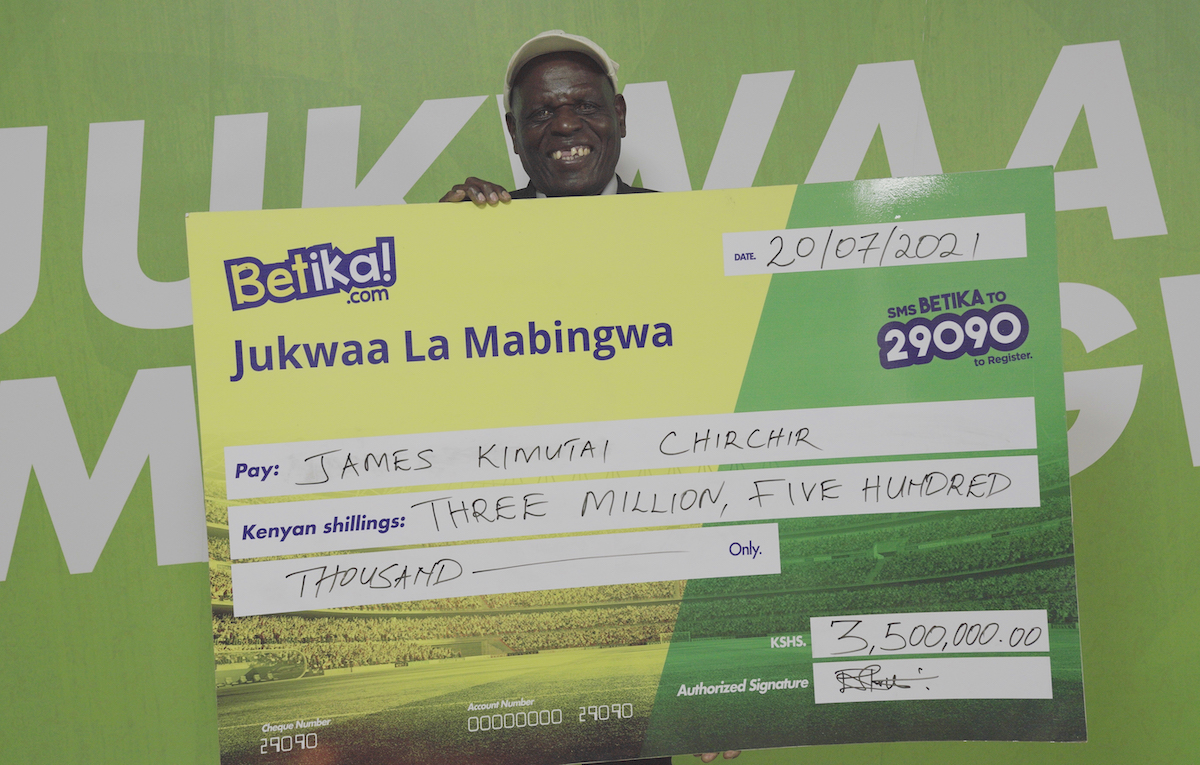 “Betika has changed my life, I had sold part of my land last year to keep my family afloat. It’s not easy out here and my family was depending on me. We survived this far by the grace of God but now I’m going to reclaim back my land. My Kids will go to school, I will open a business for my wife, and I will expand my business,” remarked Mr. James Chirchir a farmer in Kericho.

Josiah Manyara a tailor in Nyamira and James Kipyegon a businessman in Ngong plan on securing their family’s future by expanding their businesses and saving for rainy days. 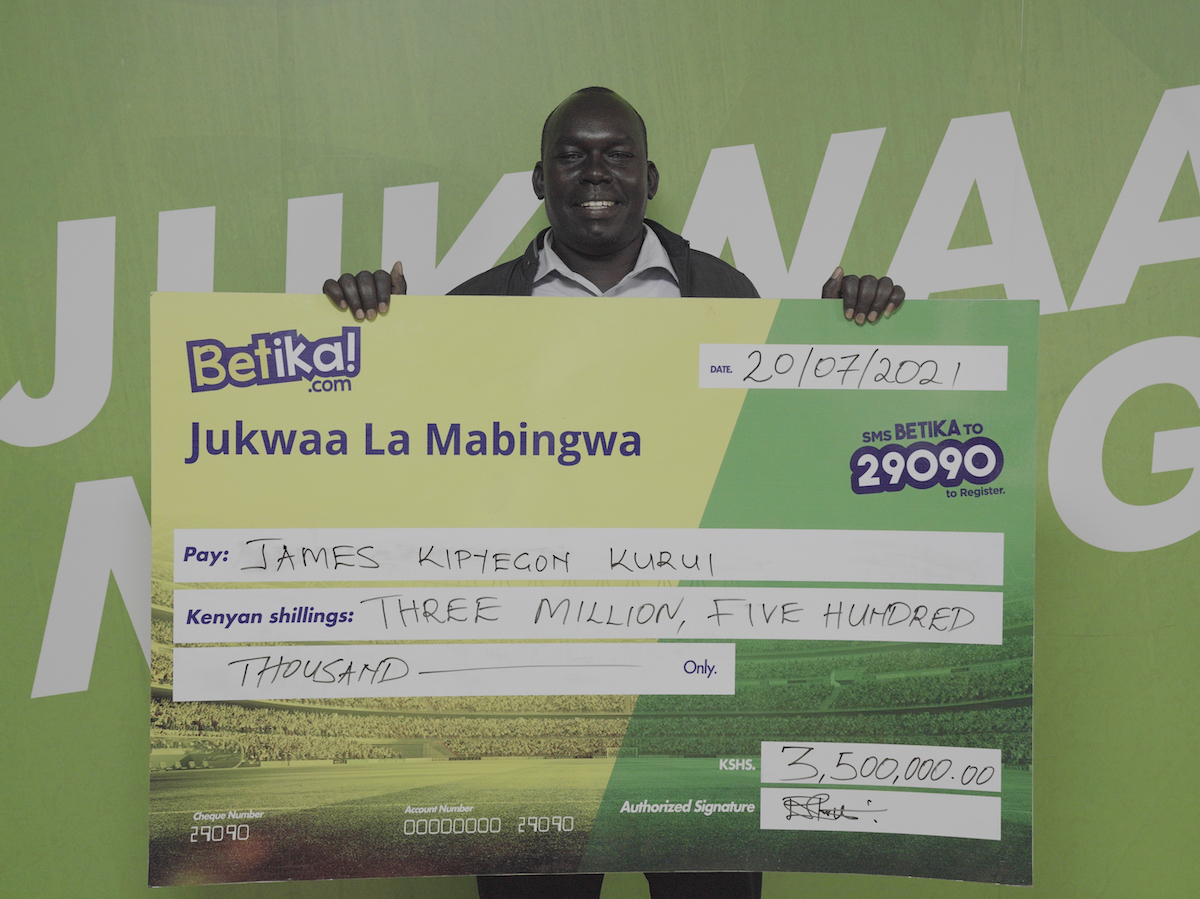 Speaking during the hand over, Betika’s Senior Product Manager, Kent Kagicha expressed his delight at the new millionaires in town.

“Gaming is entertaining and all about precision. Josiah Manyara, James Kipyegon, Stephen Angayia, James Chirchir and Francis Ebei not only win Kshs.15 million, Betika has boosted their winnings with an extra one million shilling each bringing the total win to Kshs. 21 million.  The winners will also benefit from partnership with a credible Financial Advisory firm to offer them both financial and legal advice on prudent use of their winnings.

“Our Jackpots are very affordable and as Stephen says, you can place up to 30 bets on the Midweek Jackpot with less than 500 Shillings giving you a higher chance of taking home millions of shillings. We encourage all our customers to engage in responsible gaming as they continue enjoying the sports they love,” he said. 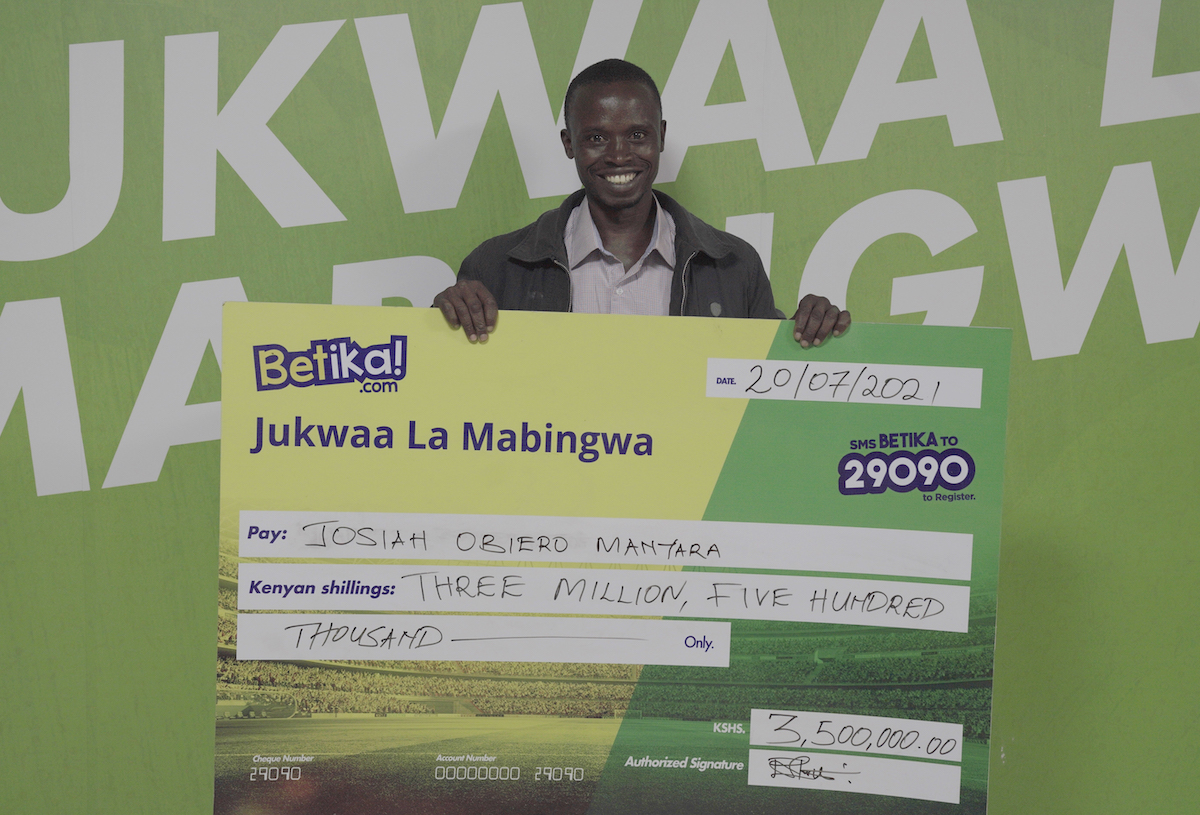