You would think that with all the lives that coronavirus has claimed over the past year, we would, now more than ever, be worried for our health, and avoid congregating in large groups as directed by the Ministry of Health.

However, we seem to have thrown all caution to the wind, if this week’s mass migration by the upper-middle class to Naivasha is anything to go by.

Mostly fuelled by peer pressure, Nairobi cool kids are gathered in the lake Town, to witness the safari rally championship, and social distancing and masking are not words that exist in the adulterous campsites set up on the shores of Lake Naivasha.

At the risk of sounding like the fun police, shouldn’t the government have posted officials to remind our young men and women of the risk that such gatherings pose on the well-being of the entire country?

We all know that as Kenyans we need a bit of a nudge to actually protect ourselves from harm, and our Ministries of Health/Sports should have done more here.

But since nowadays in our country it is everyone for themselves and God for us all, here comes the coronavirus fourth wave, and with it, the dreaded lockdown.

Kidero, Sonko failed to deliver but I will succeed – Sakaja

Of all the 47 counties, Nairobi the capital was so badly run that it made history by turning over the most critical functions to the National Government.

In the eyes of residents, this abdication of responsibility indicated the governor had failed and the city was a mess.

In an exclusive interview with the Star, Senator Johnson Sakaja says both former governors failed but he promises to succeed in making Nairobi a much stronger and vibrant city. 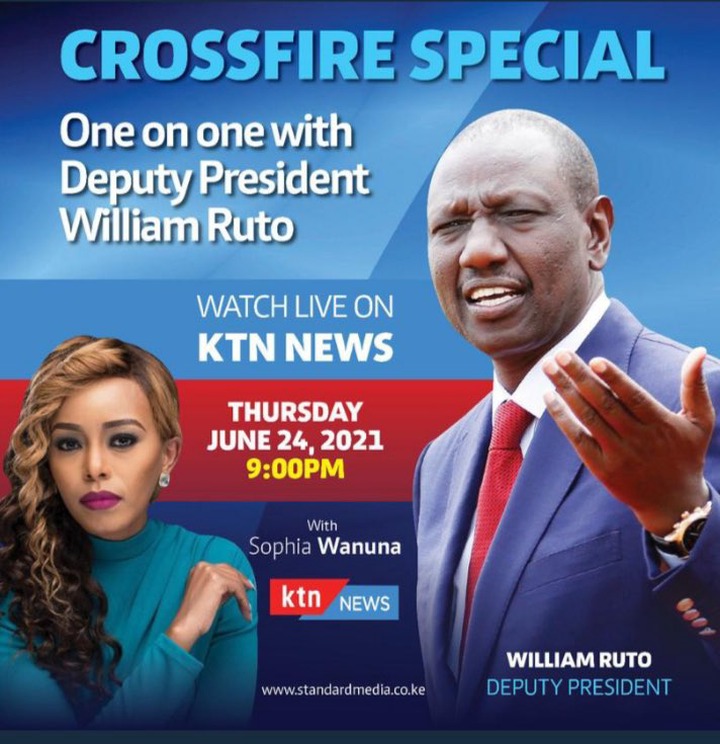 William Samoei Ruto, Deputy President of Kenya, hosted Sophia at his Karen home for an exclusive interview. Dr. William Ruto made a series of answers to complex questions posed to him by Sophia; however, on his answer, Ruto showed they might be working secretly with Uhuru Kenyatta.

The second in command tackled the tricky question with a lot of wisdom. Indicated the real problem facing Kenyans and not what some individuals are doing right now.

Deputy President William Ruto is a man many are seeing to have a big potential in becoming the fifth President of the republic of Kenya.

The man from Sugoi has all that a politician needs to try and convince the voters to send him to State House and succeed President Uhuru Kenyatta but that being said, he still has his short comings which opponents will try to use and deter his ambitions.

One of them exposed during last night’s interview with KTN’s Sophia Wanuna who was at the DP’s residence in Karen for a candid talk. In recent months Kenyans have always felt let down by journalists sitting down with Ruto following the high standards set by former Citizen TV presenter Hussein Mohammed.

Do you think DP William Ruto agreeing to many TV interviews is a campaign strategy, or is he just friendly to the Fourth Estate?