Over the last few days, we have witnessed a worrying trend of bias by the police in enforcing Covid-19 prevention protocols especially when it comes to political gatherings.

UDA party, which is closely linked to Deputy President William Ruto, has bore the brunt of the police force after three of their meetings were disrupted in a chaotic manner in the last few days.

Just a week ago, police dispersed a meeting of prospective aspirants for the party at a Meru hotel citing a breach of COVID protocols and alleged lack of permit to hold the town hall meeting.

A few days later, another meeting convened by Former Machakos senator Johnston Muthama for UDA party aspirants from the Coast, ended prematurely after police hurled teargas canisters to disperse them.

In his defence, Muthama, who was forced to cut short his speech and drive off from the venue to avoid police arrest, expressed his disappointment over the use of force saying the attendants had observed social distance.

And once again on Saturday, armed police officers raided a meeting organized by former Agriculture CS Mwangi Kiunjuri, ending it unceremoniously after they lobbed teargas at the attendees.

This comes amid uproar from leaders across the political divide calling for the removal of Interior CS Fred Matiang’i who has in the recent past ruffled feathers after he was accused of frustrating other political factions.

Do you think there is bias in how police are enforcing these measures and should Matiang’I be held accountable for the chaos?

The last few days have not been smooth for the national assembly speaker Justin Muturi. The man from Mbeere was recently Coronated to become the official Mt Kenya Region official spokesman.

Muturi was Coronated in a Colourful ceremony that was attended by several top leaders. However, since Muturi was given the new responsibilities, the road has not been smooth for him.

Kitengela Four: Agony of Family Yet to Find Kin 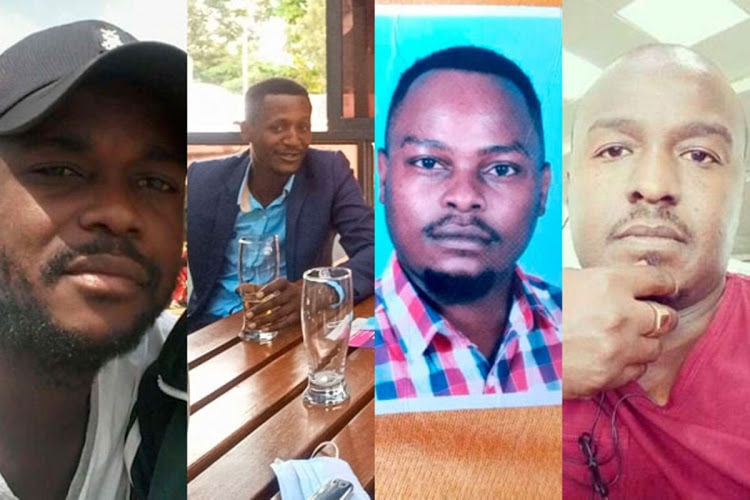 The family of Jack Ochieng’ Anyago, the fourth of the Kitengela four, have resigned to fate.

They are ready to bury, only they have no idea if he is dead or alive. He is the only one whose body has never been found.

Big Blow to Uhuru, Raila Over Plan to Postpone 2022 Polls President Uhuru Kenyatta and the ODM Party Leader Hon Raila have once again suffered another political backlash in their bid to have the Kenyan Constitution amended via the BBI; in a move political pundits argued that they had plans to postpone the upcoming 2022 general polls so as to conduct a referendum.

This is after DP William Ruto through his close allies claimed that the two leaders have some evil plans to derail the will of the people of Kenya.