Today is a big day for Deputy President William Ruto’s family as his daughter June Ruto will be saying ‘Yes I Do’ to her Nigerian lover Dr. Alexander Ezenagu in an invite-only wedding ceremony.

As indicated in an invitation card issued by the couple’s parents, the event is scheduled for 27th May at 11:30 am in Karen and will include a reception party for adults only.

Their marriage ceremony comes weeks after Ruto hosted the Nigerian inlaws for his daughter’s engagement.

Coincidentally, the wedding ceremony clashes with this year’s National Prayer Breakfast at Parliament in which the head of state is expected to attend alongside other leaders.

Some of the leaders who are set to address those in attendance include top commercial lawyer Peter Waiyaki, National Assembly Speaker Justin Muturi, and President Kenyatta.

Kenyans are concerned about whether the head of state will also make an appearance at Ruto’s daughter’s wedding.

In other news, the head of state made headlines for a better part of Wednesday evening after a video of a man interrupting his motorcade while in Lucky Summer went viral. Even as several reports described the incident as a security scare, his team clarified that the man was just excited to see the president.

For close followers of football, it was a disappointing night for Manchester United after they lost a 22-kick penalty shoot-out in Gdansk with David De Gea’s miss handing the trophy to Villarreal. Their manager Ole Gunnar Solskjaer hopes that the team will redeem itself in the coming season.

The ruling Jubilee party has dismissed claims that its Vice-Chair David Murathe has resigned.

In a statement issued by the party director of communication Albert Memusi, Jubilee has called on Kenyans to treat the communication with contempt. 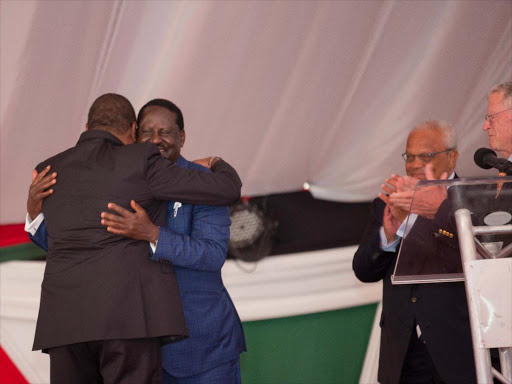 President Uhuru Kenyatta and Deputy President William Ruto are set to share a table for the first time after months of avoiding each other.

The two leaders, who have fallen out over 2022 succession politics and the Building Bridges Initiative, are expected to grace the National Prayer Breakfast on Thursday.