The looming divorce between President Uhuru Kenyatta and his disgruntled deputy William Ruto is now getting messier each passing day.

From party officials being replaced, his allies being sacked from plum parliamentary positions and now major decisions of a party he is a deputy leader of being made seemingly behind his back, one can only feel sorry for the country’s second in command.

For this recent case, Jubilee Party through Secretary-General Raphael Tuju, regardless of opposition from the DP, announced that it will not field a candidate for the Msambweni by-election due to its recent cooperation with ODM.

Despite Ruto later holding a press conference flanked by Tuju at the Jubilee HQ and stating that the SG had briefed him about the decision and assuring that he would stand by it, anyone with eyes can see that the cracks are widening thick and fast.

Nonetheless, one would wonder what it would take for the DP to finally throw in the towel and say enough is enough. Is Ruto so loyal to the party and the president that he is willing to take it all despite whatever is thrown at him?

Is this embarrassing confusion playing out in the public on a simple decision such as fielding a candidate the straw that will finally break the camel’s back?

Former Local Government Permanent Secretary Sammy Kirui can finally have a sigh of relief after the High Court freed him from prison in a Ksh283 million cemetery land saga.

A report by Business Daily indicated that the PS was set free on Wednesday, September 23, after spending two years in prison where he reportedly faced hardships.

Women leaders have given President Uhuru Kenyatta 21 days to address the advisory by Chief Justice David Maraga that called for the dissolution of Parliament.

Speaking yesterday, a section of female legislators and women leaders under the umbrella of United Green Movement Party and Centre for Multi-Party Democracy (CMD) took a  swipe at the current House for failing to implement the disputed two-thirds gender rule. 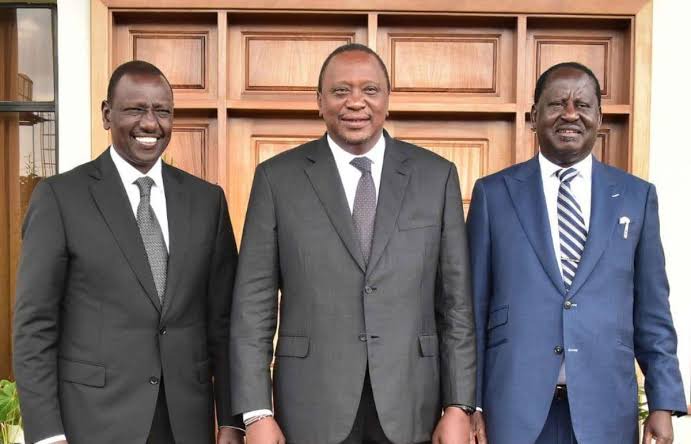 The elaborate scheme hatched behind Ruto’s back is yet another clear signal that the DP no longer has power in Jubilee in what may pose a tough political test to his 2022 presidential bid.

Director of Criminal Investigations (DCI) George Kinoti on Wednesday called for the arrest and prosecution of Kakamega Senator Cleophas Malala for making what he described as false and malicious assassination claims. Do you think Malala lied that his life was in danger or is Kinoti trying to divert the discussion and hide the truth about police intentions?