Can we take a little time away from politics and corruption in the country, and talk about global warming?

As exciting as it is that “snow” fell in Narok over the weekend, and is a regular phenomenon in Nyandarua nowadays, we need to understand that this is not a good thing.

Have you noticed that this year, weather patterns are all over the place?

For example, July, which is usually the coldest month of the year was extremely hot, while August, which is a sunny month, was as cold as ice, culminating into early short rains in September.

Remember we did not even experience the March to June long rains.

Many of us will rush to blame the worrying weather pattern on the fact that it is the year “2020” where everything seems to be going wrong, but we are actually at fault here.

As citizens, we have abdicated our role of environmental conservation: We have deforested our land, we have filled the roads with all types of vehicles leaving behind a high carbon footprint, and when was the last time you planted a tree or any plant for that matter?

The government has failed mother nature too. While a ban on logging is in place, remote areas in the countryside are filled with the sound of power saws slaughtering trees, and the Cabinet Secretary in-charge of leading the country in saving forests is busy politicking against the Deputy President!

The bottom line is that snow or hail in the tropics is not a normal occurrence, and we need to take back control over our environment before it kills us all.

DP Ruto: The Uhuru Kenyatta I Know Cannot Be That Petty 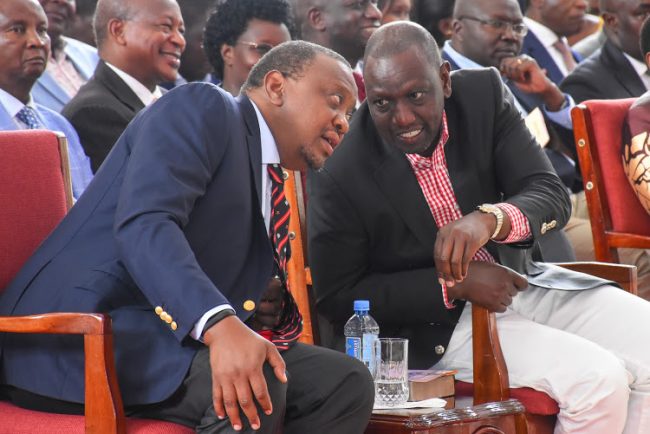 Speaking during an interview on TV Sunday night, the DP said there are people who were determined to push him on a warpath with the President but they had failed.

“These people pretend that they are speaking for the President. The Uhuru Kenyatta that I know cannot be that petty. How can Uhuru send people to insult Ruto?” the DP posed.

ODM leader Raila Odinga has embarked on an aggressive charm offensive to consolidate his bastions to counter forays by his main rivals ahead of the 2022 polls.

He is planning a flurry of activities to re-energize his strongholds across the country, signaling his fifth stab at the presidency.

Raila has lined up a series of meetings in Western Kenya and at the Coast in efforts to turn the tables on his opponents.

Kenyans are set to bid bye to the infamous “men in white” tasked with the internment of COVID-19 victims in the country after the government revised burial protocols.
Head of Public Health, Dr. Francis Kuria on Monday said the Ministry of Health will issue a raft of revised guidelines later in the week.

He noted that the new burial protocols will address the issue of stigma associated with the “men in white”.

With all the conflicting information flying around about the re-opening of schools, do you think Education CS George Magoha should desist completely from commenting on the matter, given that all his statements are usually misinterpreted?