They say when it rains it pours and for one Okoth Obado this phrase could not be more relevant.

The embattled Migori governor is now on verge of an unceremonious departure from the office after the Orange Democratic Movement (ODM) party stated it will initiate an impeachment motion against him.

The party cited the recent corruption charges leveled against the county chief and the decision by the court to bar him from accessing his office.

Obado, his four children and cronies are accused of embezzling KSh73.5 million from the public coffers.

Besides the corruption charges, Obado is facing a murder charge stemming from the killing of his lover Sharon Otieno who was murdered while pregnant.

Just like most corruption cases in this country, Obado’s case has also been politicised with the Migori boss believed to have fallen out of favour with the ODM leadership following his close ties with Deputy President William Ruto.

Could we see another acrimonious scenario at the senate pitting Ruto-allied senators against ‘the system’ lawmakers in case Migori MCAs make good their threat and impeach Obado?

Jubilee party vice-chairman David Murathe has been among prominent Kenyans adversely mentioned in the KEMSA PPE scandal and linked to the massive looting of Covid-19 funds through inflation of PPE prices.

Government agencies have for over two years blatantly defied President Uhuru Kenyatta’s order to publicise the identity of government suppliers, complete with their shareholding.

The directive was seen as a bold move to fight graft.

Procurement in government remains the bastion of big money corruption in Kenya that has refused to end despite high profile prosecutions in the recent past.

Tough Life for Families as Covid-19 Wipes Out 1.7m Jobs 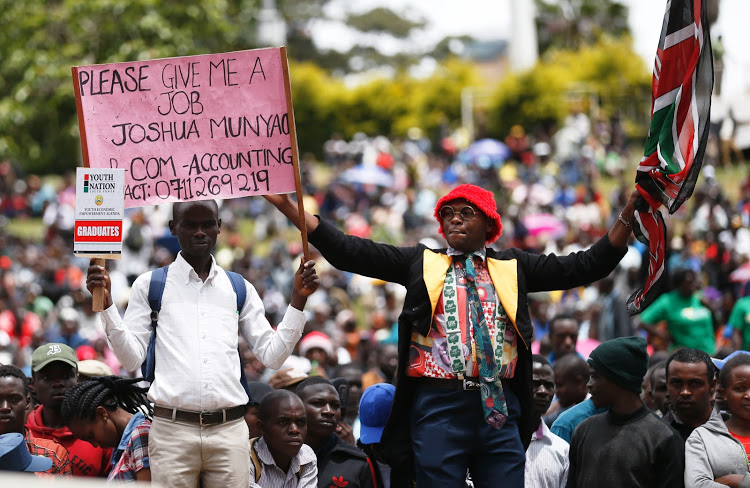 Every evening Jared Omedo piles cabbages and tomatoes into the boot of his car and heads to Kangemi market.

He joins other traders selling groceries, clothes and household items as they compete for customers. Business is slow. Not much cash changes hands.

On average, Omedo makes Sh250 a day, just enough to keep his family going. This is a new life for Omedo. And it is tough.

Today, Health CS Mutahi Kagwe, PS Susan Mochache and Kemsa officials are set to face Parliamentary Health Committee over alleged misappropriation of Covid-19 funds. Kemsa CEO Jonah Manjari implicated CS Kagwe and the PS in the procurement mess at the agency and accused the CS of influencing the tender awards. On the other hand, Kagwe says the scandal has been ‘politicised and weaponised’. Do you think Kagwe should step aside for proper investigation to be carried out?