Currently, the world is united by the Coronavirus pandemic. East or West, North or South, rich or poor, it is clear that there is no running from this relentless monster.

It is, however, interesting to note that although we are all united by coronavirus, fate is still busy curving different paths for different individuals.

While the past week was a breeze for some, for others, it was a total nightmare. Here is a breakdown of how it all played out:

As one Saniniu Laizer was going about his normal mining business, he struck gold…almost literally.

The Tanzanian stumbled upon lumps of Tanzanite, a rare gemstone, that fetched him around Ksh362 million on Wednesday.

His discovery was the biggest find of the precious stone ever recorded.

Sirisia MP John Waluke should probably sneak into Saniniu Laizer’s mailbox, and seek assistance with paying the impossible fine imposed upon him, for his involvement in shady Ksh297 million maize dealings, with the National Cereals and Produce Board (NCPB).

According to the court, Waluke is to pay a fine of around Ksh727 million for his personal mistakes and the mistakes of his firm, Erad Supplies. If the legislator is unable to pay the fine, then he will have to serve a jail term of, get this, 67 years!

Also in sailing in a similar boat is his co-accused, one Grace Wakhungu, whose fine was set at Ksh707 million with the alternative of a 39-year jail term. 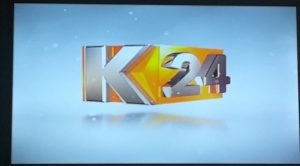 To add salt to the injury, the laid-off journalists, who were fired via a night text message, will have to wait up to three years for the troubled media house to clear their salary arrears.

Kirinyaga governor Anne Waiguru rubbed Kenyans the wrong way after she was photographed playing a game of solitaire on her phone during her impeachment hearing at the Senate.

Many interpreted her actions as a display of arrogance, with anti-Waiguru crusaders noting that the County Head already knew the Senate would save her from her political woes, which is why she could afford to ”disrespect” the House, and Kenyans to such an extent.

Well, Waiguru’s day of reckoning finally came and passed, and with it, the impeachment motion raised against her, which was tossed aside on the grounds of insufficient evidence.

According to his brother, Oburu Odinga, the politician underwent a minor surgery on his back, and according to Mombasa Governor Hassan Joho, the former Prime Minister is responding well to medication and will soon return to the country.

ODM had earlier in the week refuted claims that Raila was admitted to a hospital abroad.

Jurgen Klopp’s side on Thursday clinched the Premier League title, for the first time since 1990.

Despite COVID-19 restrictions that are currently being enforced across the globe, Liverpool fans ensured that they did not walk in celebration alone, and instead, took to the streets, painting the sky red with fireworks to mark the milestone.

So great was the win, that even those of us who are clueless about football got schooled!