We are in the last week of the month of June that has elicited mixed reactions in all areas of life.

As the month comes to a close, the drama in the political arena seems to be always moving up a level.

The inevitable finally happened as Parliament Majority Leader Aden Duale was removed from his post.

Duale, termed to be a ‘cat with nine lives’, lost his ninth life during a second Parliamentary Group meeting that was chaired by President Uhuru Kenyatta at the KICC.

Deputy President William Ruto, who could only watch as the events unfolded without a say, tried to salvage the situation by consoling his friend with the phrase ‘mbele iko sawa’.

The Kieleweke team had eventually achieved the victory they had been chasing for months as Kipipiri MP Amos Kimunya takes over the mantle from his predecessor.

With Duale’s dismissal, it seems the Head of State’s purge is now almost complete.

The past two months have been brutal and bloody for team Tanga Tanga that once seemed powerful as they chest thumped their way across the country.

The lot has now been reduced to mere phrases such as ‘Sote pamoja’ and ‘mbele iko sawa’.

The Garissa MP, after the meeting, chose to be humble instead of being bitter with the president’s decision. 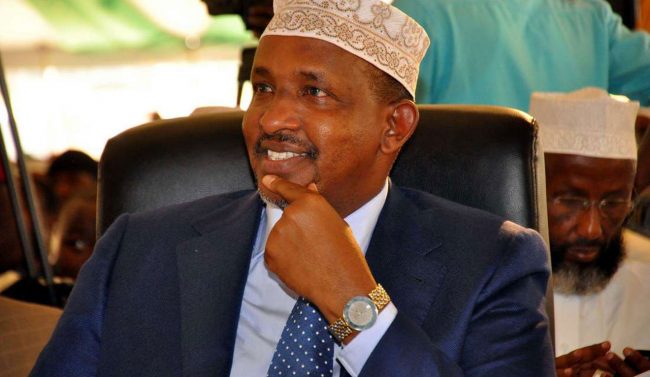 The same behaviour was witnessed with the like of Elgeyo Marakwet Senator Kipchumba Murkomen and Tharaka-Nithi Senator Kithure Kindiki after their exit.

This brings about the big question, is this the strategy by Tanga Tanga to be submissive as they plan for a comeback in the background? 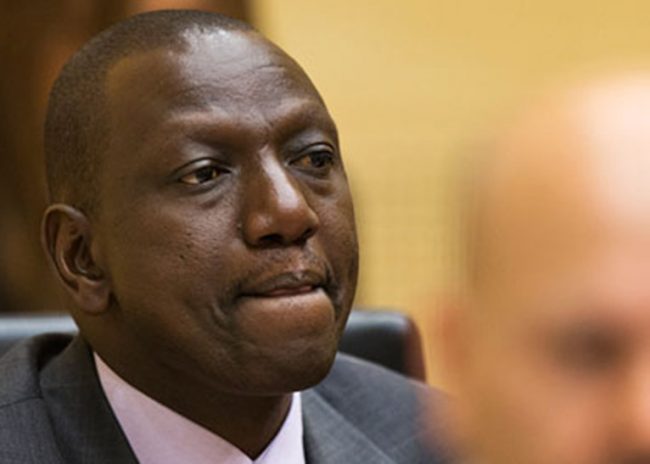 A day after President Uhuru Kenyatta announced leadership changes at the National Assembly; the sacking of Garissa Township MP Aden Duale as the Majority Leader and appointment of the Kipipiri MP Amos Kimunya as his replacement, it has now emerged that two more leaders are on their way to the chopping board. 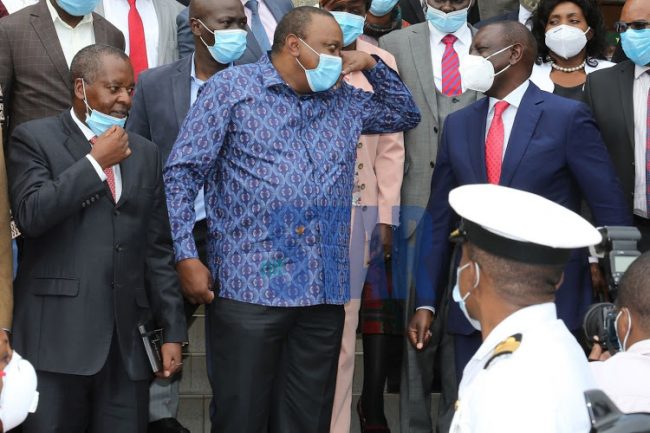 President Uhuru Kenyatta on Monday took another decisive stride towards clearing the way for the BBI report and reconstituting the Cabinet.

BBI Team to Hand Over Report in Eight Days 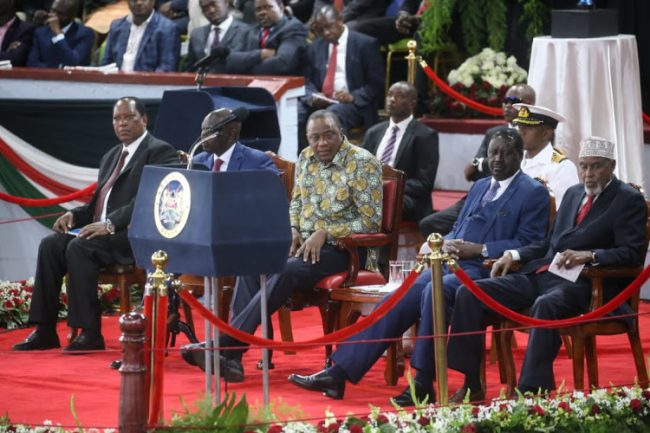 A referendum on constitutional amendments likely to be proposed by the Building Bridges Initiative team could be held in November.

During his second and last term in office, President Uhuru has shown a different side.

The son of the late Mzee Jomo Kenyatta has been ruthless and direct when going after his political enemies.

This unknown side caught many unaware and has seen once long term friendship ties cut loose.

Uhuru remarked that the hard yet necessary changes were needed in order to safeguard his legacy once he completes his rule in 2022.

Critics and most Kenyans, however, felt that the Commander-in-chief could have been using the drastic changes to settle personal vendettas.

This leaves one wondering, is President Uhuru slowly dragging the country back to the Moi ‘dictator’ era?