The month of June has basically been a rollercoaster ride.

It has been marred with drama, twists, despair, hope and moments of victory.

As the last week of June approaches, we dive into the five hot stories that will keep you on edge:

Kirinyaga Governor Anne Waiguru is a woman under siege after a horrendous couple of weeks.

The once untouchable iron lady found herself in a tight corner when she was finally impeached after countless of efforts from Kirinnyaga MCAs.

Despite the run of bad luck, the  Jubilee party member heaved a temporary sigh of relief after The senate granted her a lifeline.

In a landslide decision, Waiguru’s fate was ruled to be determined by a special 11-man committee that will be headed by Kakamega Senator Cleophas Malala.

The Malala-led team will hold a series of meetings to determine the final decision on Waiguru.

Will Kirinyaga MCAs get the blood they are baying for or will the County boss pull a great escape?

The dreaded virus finally made its way to President Uhuru Kenyatta’s doorstep.

The announcement of new cases from State House was a shock to most if not all Kenyans considering the numerous measures put in place by Uhuru’s team.

Following the revelation of 16 people being Coronavirus positive, the head of State was quick to lock down the premises in order to contain the spread.

Numerous speculations arose on how the disease found its way to the most secured office in the country.

The one claim that stood out from the pile was the numerous meetings held at the compound in the last month by the leader of the ruling party.

On Friday, it emerged that 66 people among them governors, were being traced by the Ministry of Health in suspicion of having the virus.

State House has remained mum despite the growing speculations on how careless the government could have been to allow such an occurrence.

As Kenyans wait for the reopening of the economy, the big question is, will the State House Covid-19 saga be the determining factor come the end of curfew and cessation of movement on July 6th?

Jubilee Asili is the new kid in the block.

On Thursday, Deputy President William Ruto and his Tanga Tanga camp seemed to have delivered a statement to Uhuru.

Ruto and company held a meeting at Jubilee Asili Centre offices which the DP referred to as a get-together moment.

In spite of his reason, his die-hard critics believed that the former URP leader had declared war with his boss by announcing a parallel office.

Leaders and other respectable names came out to claim that the deputy president had launched a new party, a move that was quashed by the Registrar of Political Parties.

Jubilee Vice-Chairman David Murathe remarked that the lot should officially leave Jubilee as their recent act was one of betrayal.

Kieni MP Kanini Kega echoed the sentiments and warned the DP and his battalion that their consequences after their latest move.

The best league in the world is back after a short suspension spell.

Project restart as it is referred to, saw the first few rounds of games kick off in style.

The EPL made history when it allowed the ‘Black Lives Matter’ slogan to replace the names of players on the back of the jersey.

League leaders Liverpool could finally end their 30-year wait for the coveted Premier League title if they beat Everton in the Mersey side Derby on Sunday.

Will the Reds triumph or will the Citizens hold on for an unexpected turn of events?

Kenya finally bagged the most sort after seat in the United Nations Security Council.

The nation was made to hold its breath after failing to capture the position in the first round of voting. 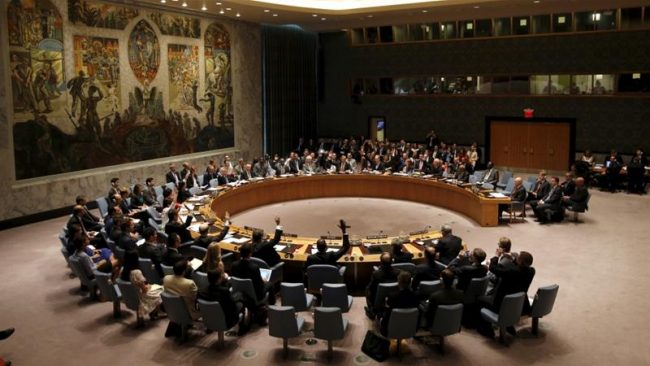 Despite beating Djibouti to the glorious spot, it has emerged that the likes of Tanzania, Uganda and Ethiopia voted against Kenya.

Will this affect relations between the countries?