Borussia Dortmund moved a point behind Bayern Munich in the table with a resounding 4-0 win over cross town rivals Schalke 04.

In a strangely silent atmosphere at the Signal Iduna Park, Julian Brandt provided a play-making masterclass as the second placed team made light work of David Wagner’s team. 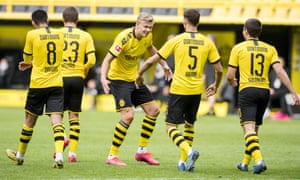 European Wunderkid Erling Halland opened the scoring after the half hour mark following a great cross from Thorgan Hazard. Brandt involved with a sumptuous pass to release Hazard.

The home side were tow goals up minutes later when Brandt set up Raphael Guerreiro for a smart finish heading into the break.

Hazard made it three goals shortly after half time. Julian Brandt again with the assist following a quick break and brave work from Halland.

Schalke offered nothing in attack and Raphael Guerreiro finished the scoring late on. 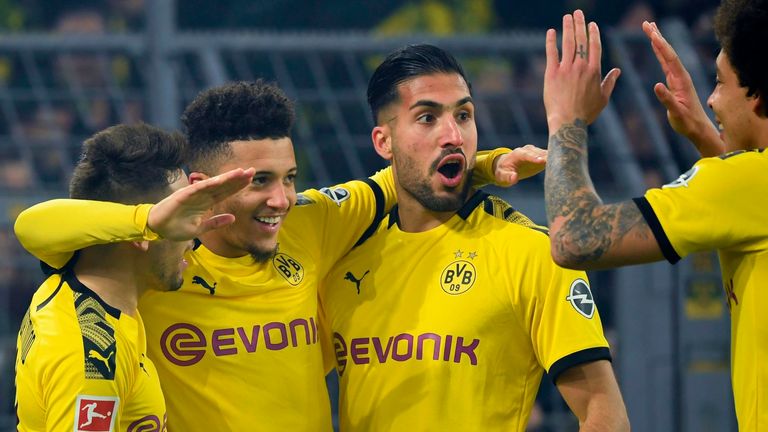 Elsewhere in the German top flight, RB Leipzig’s title challenge suffered a major blow after being held to a 1-1 draw at home by mid-table Freiburg.

On Sunday, Bayern Munich who have won the league in seven consecutive will be away to Union Berlin while Mainz entertain FC Koln.