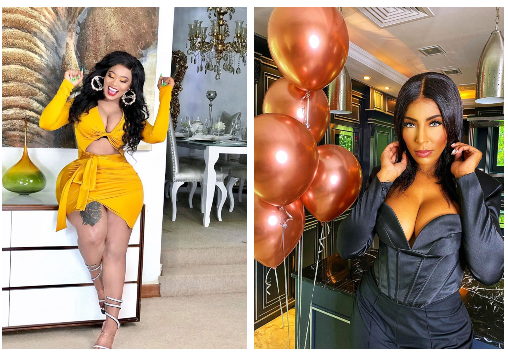 Mombasa Governor Ali Hassan Joho’s Ex-lover Caroline who is based in Dubai has savagely attacked Kenyan socialite Vera Sidika after she called people peasants.  Vera had fired back at haters who claimed that she is broke and shows off a fake expensive lifestyle on social media which is contrary to her real life.

In a series of posts on her social media page, Caroline criticized Vera’s action saying that her statement was uncalled for. She also challenged her to prove her worth and wealth by showing her bank balance and publicly show how her life was before fame.

“Calling people beggars and peasants is so uncalled for. I would like to see where you came from before the fame.

“Let me see the house you grew up in! Actually, let me see how much money you have in the bank right now! Since you wanna call people peasants” she wrote in her post 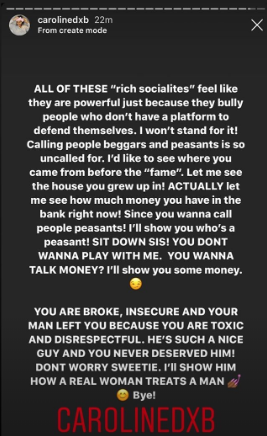 According to the posts by Vera, it is clear that she wanted to prove to her haters that she is not in the same class as they are. She even went further to state that the people hating on her are the same who would beg her during giveaways.

The Dubai business lady, however, disagrees with how Vera handled the matter saying that she was disrespectful.

As part of her reaction, she also mocked the socialite saying that she was dumped by her ex-lover Otile Brown because of such behavior and toxicity.

Caroline also disclosed that she had already reached out to Vera’s ex and looks forward to working with him to uplift the Kenyan youth that the socialite referred to as beggars.

“His voice is so beautiful I could listen to him sing all day he’s humble and kind two things you are not. The best decision that man made was leaving you! He and I will do great things together” she wrote 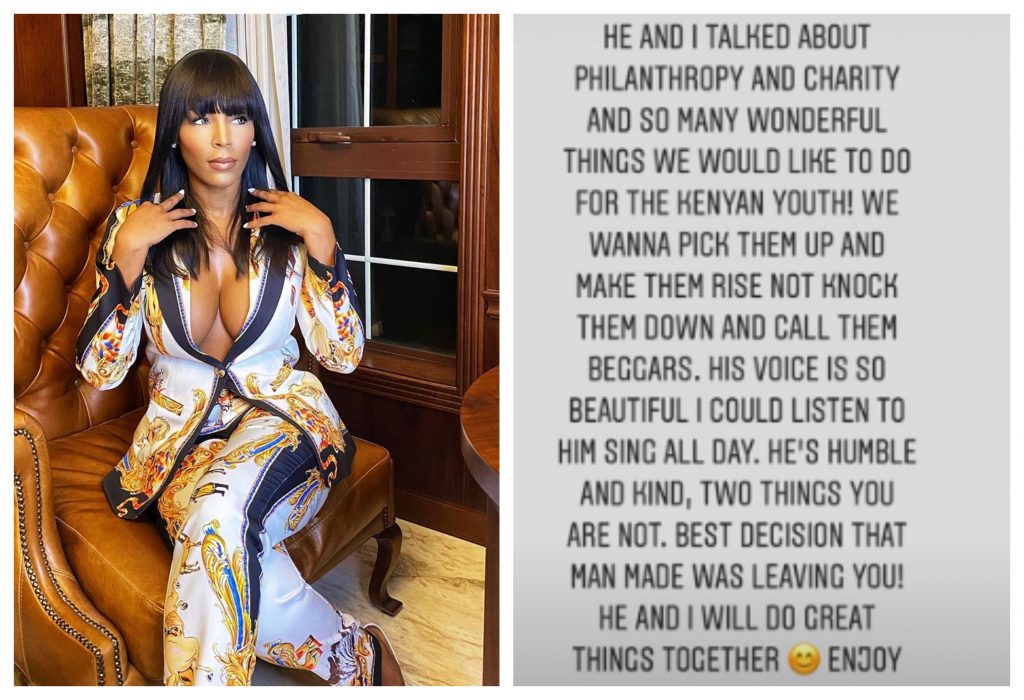 This move by the UAE based businesswoman has attracted reactions from Kenyans who are curious to know how this will unfold.