Former Premier League referee Mark Clattenburg has revealed that former Manchester City and Liverpool winger Craig Bellamy Once squeezed his balls highlighting the frosty relationship the two had during their time in the English top tier.

Bellamy was known to be a hot-headed player despite his immense talent. He was often sent off particularly for dissent and Clattenburg, who was once a top referee both in the EPL and the world once suffered his wrath at the Etihad tunnel.

“I knew my relationship with him was on sticky ground when he squeezed my balls in the tunnel at the Etihad, and I don’t mean my match-balls! It was a joke — I think — and I took in that spirit, but there was a bit of history,” Clattenburg now a writer and pundit said. 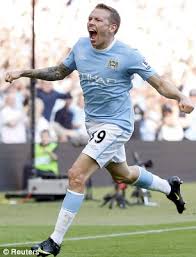 He went to reveal that the two had a frosty relationship that originated from an incident in 2009 when the match official wrongly sent off the Welshman.

“Why? It probably goes back to December 2009 when Manchester City were at Bolton and I sent him off. I had booked him for dissent — I could have shown a red, the language was that bad — and I then gave him a second yellow for diving, although replays showed it was a penalty. I was wrong. He went mental, as you can imagine,” he added.

It’s not just Clattenburg who suffered his wrath, the tattooed speedster was a nightmare to many other match officials. 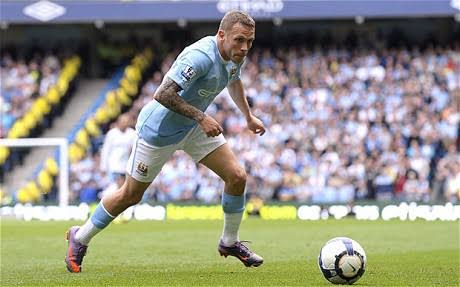 “But Bellamy was a nightmare to referee and most of us felt the same. He would snarl at you and throw his arms around, constantly challenging you. His language was awful, just plain rude,” he further stated.

Bellamy has since retired from football.