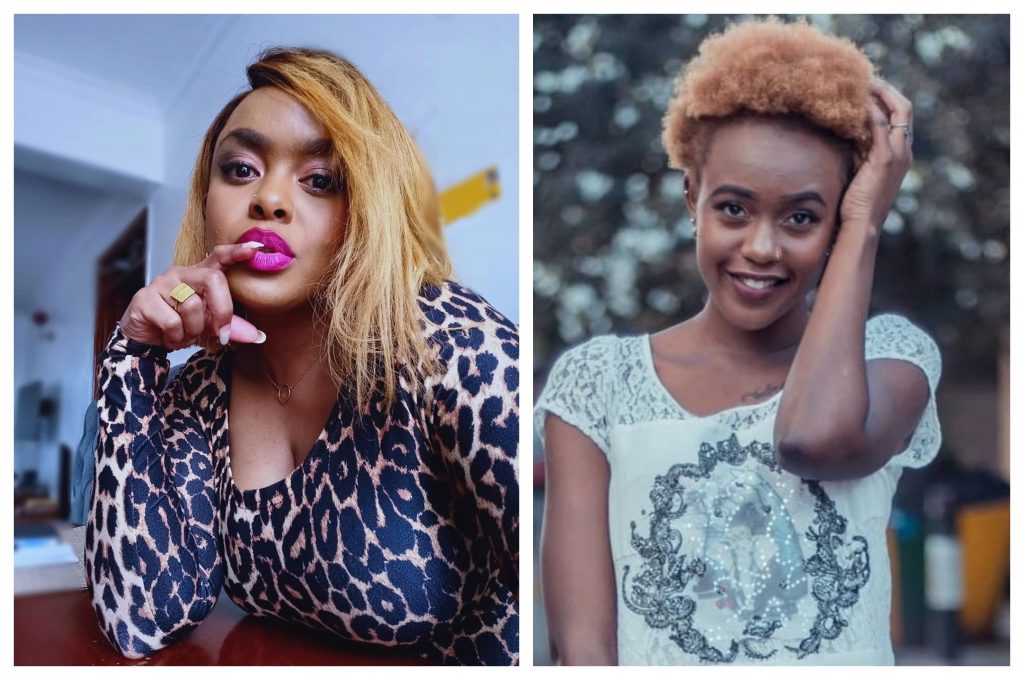 Kenyan Singer Avril has fired back after a fan asked her to acknowledge Tik Tok queen Azziad Nasenya for reviving her 5-year-old hit song ‘Hello Baby’ which was a collabo with Tanzanian artist Ommy Dimpoz.

The Azziad craze has been going on for a while now since her video of the ‘Utawezana’ challenge went viral.

In one of Avril’s recent photos, a fan commented asking Avril to appreciate Azziad who also used the artist’s song ‘Hello baby’ in one of her Tik Tok videos, and therefore she added value to the song. The fan also lamented that Kenyan artists are prideful and this is what keeps them lagging behind.

“Most of the people called it the Azziad song…that’s how most of us came to know Femi one’s new song..remember there were other hot songs released by bigger artists at the same time…but until Azziad made it known no one even cared about the song

“As Kenyan artists stop this lil pride and always appreciate where it’s due for a fact..thus why TZ artists who don’t even speak English always gain International platforms and connections that we do…” reads post

In response, Avril warned the fan that just because she is nice does not mean she cannot unleash her rude side. She went further to ask that the fan should keep off from her page.

“Yo I wasn’t being nice cause I can’t be equally rude so keep your English lessons and scoot back on over to your page. You point has been made now go sleep” she wrote

Aparat from Avril facing off Azziad supporters, singer Femi one has also been on the receiving end as Azziad fans demanded that she should pay the actress for making her song hit.