South African giants Orlando Pirates have confirmed that  midfielder Ben Motshwari has tested positive for the deadly coronavirus and has been isolated or 14 days.

The club revealed that the player developed flu-like symptoms last week and after undergoing further tests, it was confirmed that he had contracted the virus and will now be in isolation for the next two weeks as he recovers. 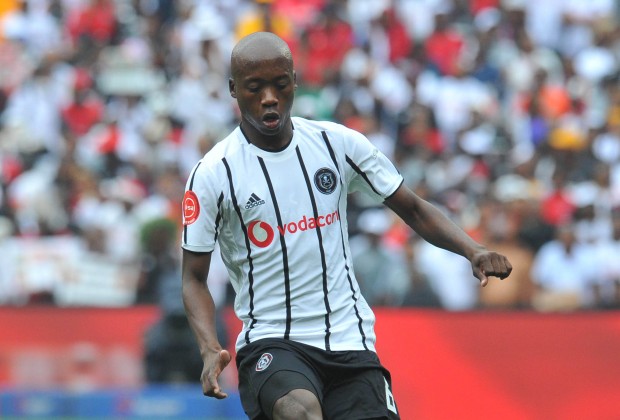 Motshwari becomes the first Premier Soccer League player to be diagnosed with the virus that first originated from Wuhan China and has so far killed close to 270,000 people.

The midfielder joined the Clever Boys from Bidvest Wits in 2018 from PSL rivals, Bidvest Wits.

Ben was presented with flu-like symptoms last week and after undergoing tests, his results have come back positive. The player is asymptomatic and is currently in-home isolation for the next 14 days. He will need to test negative before he is cleared.

In accordance with relevant protocols, NHI has been notified of the case by the Club. The health and wellbeing of our players, officials, and the wider community remains our highest priority in this difficult time.

The Club has also advised that the player must notify the doctors of all the people that he has been in contact with to ensure that they also get tested.  We urge everybody to continue practicing safe and healthy measures to contain and mitigate the spread of the infection.