Tv host and popular Youtuber Maureen Waititu has once again spoken about her failed relationship with her baby daddy Frankie after a fan sent a triggering comment.  Maureen had shared photos on social media revealing her glowing beauty that caught the attention of her fans.

One of her followers was quick to ask what men want considering that even with Maureen’s exceptional beauty, her relationship still hit the rocks.

“What do men want. Look at all this beauty. Ha. Just thinking” reads comment from fan

In response to this, Maureen used the analogy of a pig to explain why not even her beauty could save her marriage.

“Babygirl, you can’t force a pig to live in a mansion. Just saying” she wrote 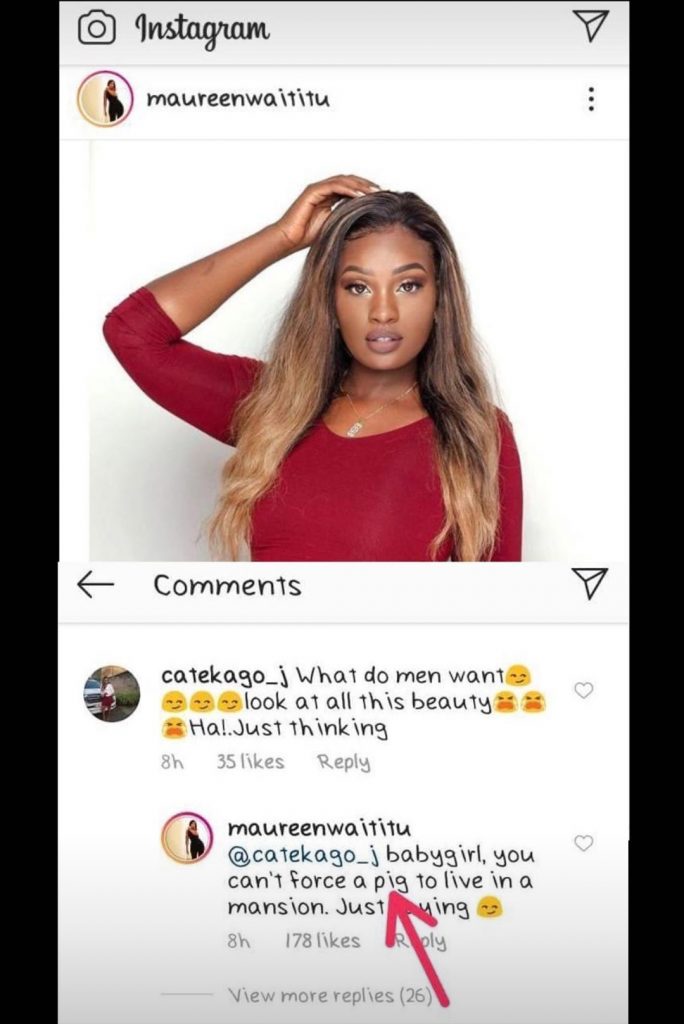 Her comment attracted mixed reactions as some of her fans interpreted it as an insult to her ex since she used a pig as a comparison.

In another post by the influencer, she warned people to learn to differentiate between accepting people’s weaknesses and nonsense which was interpreted as a bitter reference to what she went through with her ex.

A fan advised her Maureen to avoid talking about her ex urging her to focus on her new life. This forced the Youtuber to clarify that not everything she talks about is always linked to her past relationship as many people think. 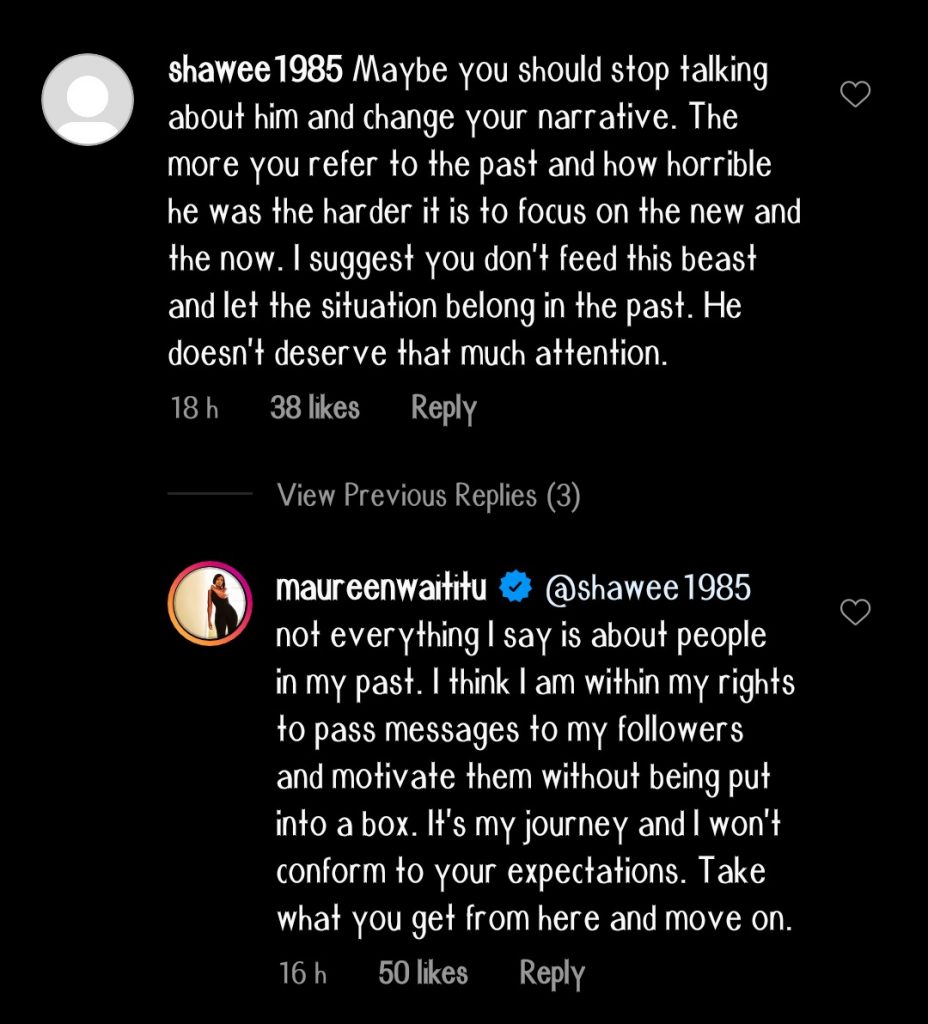 In a previous interview with the media, Maureen had highlighted some of the issues that resulted to their break up citing endless arguments and differences.  The couple was together for 6 years and were engaged before they went separate ways.

Although she tried so hard to fight and save her marriage, Maureen admitted that things did not go as she had wished. Her ex-lover is rumored to be currently dating socialite; lawyer Corazon Kwamboka although the pair has not publicly confirmed these claims.

Look at you, glowing with self love and becoming a magnet yo good vibes. I am proud of you. Keep growing. Keep winning. Also I never considered waist beads until @shee_art sent me these. They are cute! 🥰 Hair @shamii_hair @robert_saruti 📸 @rogers_ayimba 💡assisted by @platinum_photos_254