More revelations continue to emerge following the death of Kerecho breweries heiress Tecra Muigai. With her lover Omar Lali now in police custody, a friend has revealed that the couple was set to get married this month.

Taking to her Instastory, Tecra’s friend mentioned that the lovebirds were such a happy couple which contradicts the image that has since been painted by social media users in regard to the nature of their relationship.

The social media user who is believed to be her friend was forced to speak about their relationship following endless rumours, mockery, and gossip. She also urged Kenyans to avoid spreading fake news and mind their own business instead of poking holes on issues that do not concern them.

“But mnapenda mhemhe sana this was actually one very happy couple… they were set to get married this month.Kwaherini stop spreading rumors and get facts right if not mind your own business” reads her post 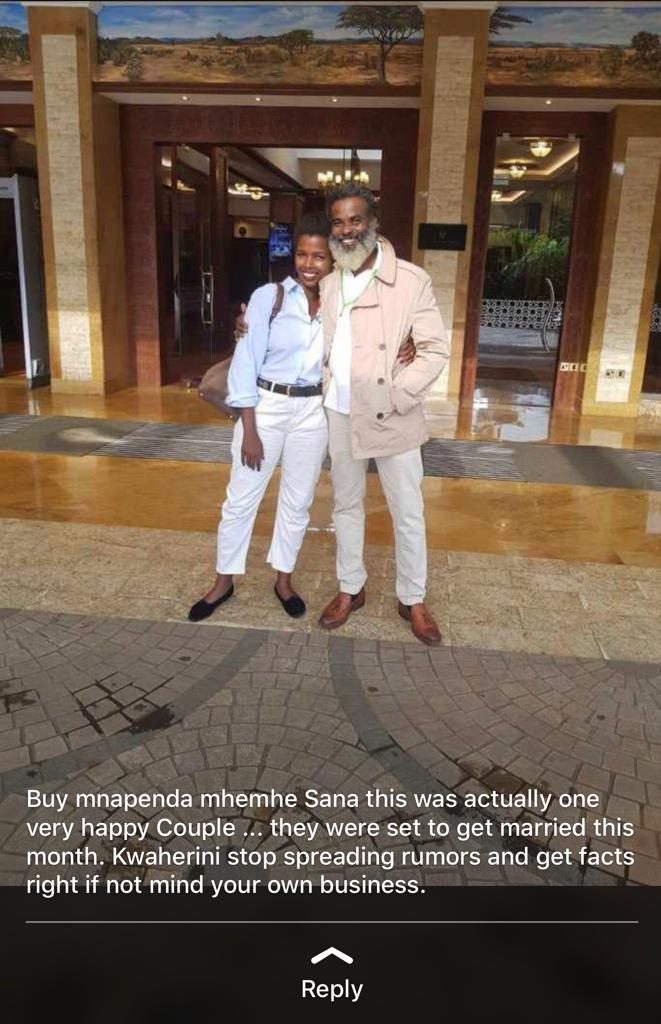 In an interview with the Standard, Tecra’s lover confirmed that indeed they both wanted to settle and had plans to look for a house in Naivasha.

According to him, he does not care about all the rumours that have been making rounds on social media but maintains that God knows his heart and how he loved Tecra.

“Mwenyezi mungu anaijua roho yangu,” he says. “Anajua tulivyoishi. Mengine yote ni urongo mtupu.” (God knows my soul and how we lived. Everything else is pure lies)”  he stated

Omar says that Tecra’s death is a big loss to him and he is certain he will never find a woman like her because she was very special.

“This girl…this girl was special. I know I will never find anyone like her again.” He said

A close relative to Omar also claims that Tecra had converted to Islam and even took him to her parents to get blessings for their marriage.

Omar narrated the events that led to her death revealing that he even rushed her to hospital after she fell from the stairs. The couple had been together for 10 months before Tecra met her death.

The family wants the state to release him since there are no charges against him, and he has offered all possible support to the investigators. They insist that the death of Tecra, whom they loved, was a tragic accident as put out by the statement by Keroche.