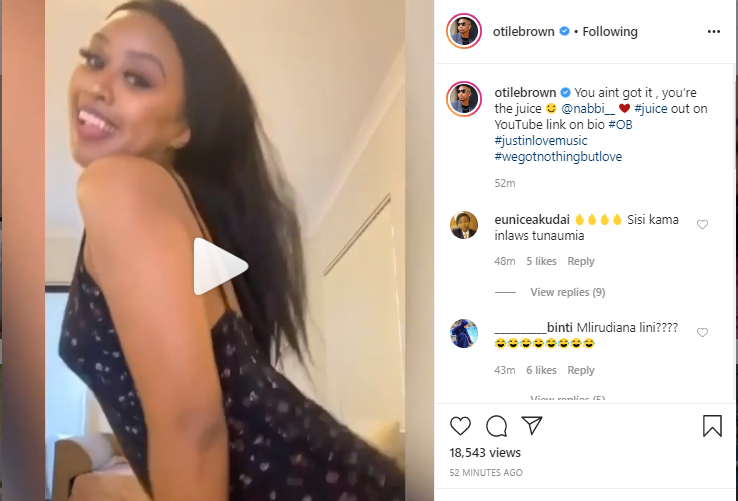 Are they still dating? Otile Brown’s ex-girlfriend Nabayet has excited Kenyans after a video of her showcasing her dancing moves emerged online. Nabbi was dancing and hyping Otile’s recently released song dubbed ‘Juice’.

The singer shared the vide on his social media pages alongside a caption praising the Ethiopian beauty.

“You aint got it , you’re the juice” he wrote on his post

Apart from her dancing skills that captured the attention of their fans, Kenyans seemed more concerned on whether the two are still dating. 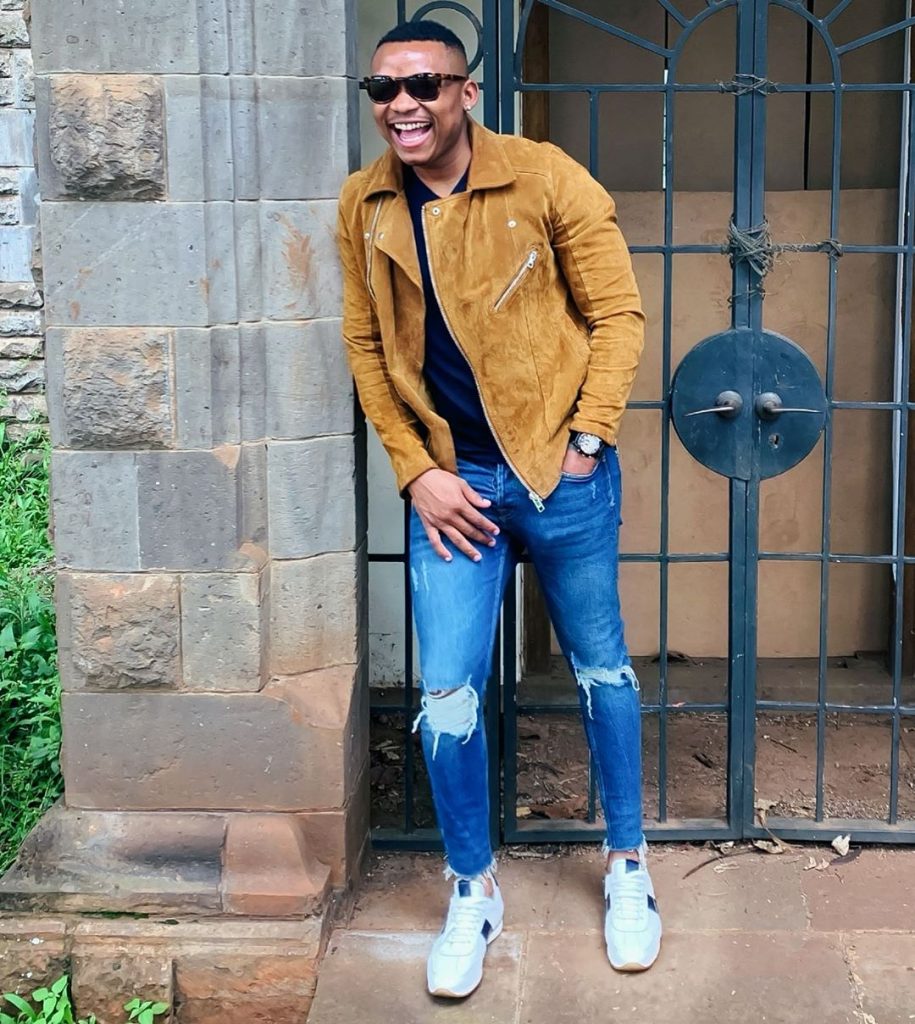 This move by Nabbi to support Otile’s music speaks volumes on the nature of their relationship. Although the pair made it public that they had ended things between them, it seems like they get along pretty well.

In a message by the Ethiopian beauty after Otile released an apology song dubbed ‘Nabayet’; she maintained that the song was not enough to make them reconcile. She, however, added that she has nothing against the artist and expressed the possibility of crossing paths in the future.

“My heart will always beat for him but unfortunately, life has brought us here. I appreciate the effort, I really do. It takes one hell of a man to put aside pride and apologise. Maybe one day we will cross paths again,” the message read in part.

betilina_bf You guys are still together 🔥🔥❤️

eastafricann__Keep this woman she is rare one best believe @nabbi__ 💎💎💎

zk_maishaKeep it up! 🙌🏾… Relationships are best kept secret! Happy for you @otilebrown and @nabbi__