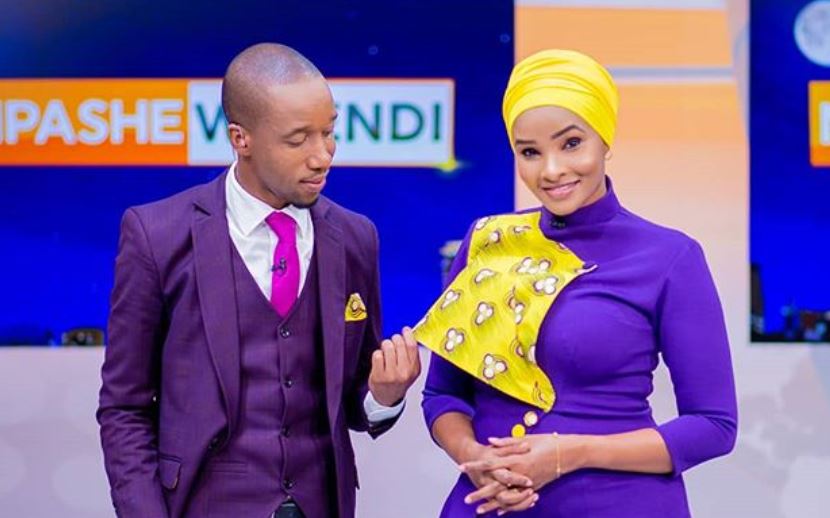 Citizen TV Swahili news anchor Rashid Abdalla has shared a rare photo of his daughter on social media capturing the adorable baby in a yellow hijab.

The father of three has mesmerized netizens after he decided to go all -out with adorable photo of their all-grown-up daughter.

Never shy of posting their children on social media, the celebrity couple are seriously serving everyone with some 2020 serious couple goals.

From the photo, it is clear that their daughter resembles his wife Lulu Hassan.

The two love birds welcomed their daughter in August 2018, the couple managed to keep the news under wraps for a while with Lulu making her pregnancy public eight days after giving birth.

The media power couple has been married for over ten years now and is blessed with boys Jibran and Irfan and a daughter.

Just like any normal human being, Lulu once admitted on social media that they too fall out at times. A follower on Instagram had asked Lulu how she cops working with her husband and if they do fight.

Lulu and Rashid got engaged two weeks after meeting and have since been each other’s best friend if their social media posts are anything to go by.

After knowing each other for six years, the couple had a colorful wedding in 2013, the TV couple have been anchoring news together since August 2018.