On Saturday evening Tanasha Donna went live on Instagram. People hoped that she would spill the tea about what happened between her and Diamond but they ended up disappointed as Tanasha is not ready to speak on it just yet.

Addressing her followers, Miss Donna said, “ I know a lot of you guys want to know about what went down in my relationship and my personal life. I think that’s why most people are here. This is not something that I want to come out with just as yet. It is something very personal, everyone has their timings for coming out with their story. I’m not here to talk about what happened in my last relationship.”

The ‘Radio’ singer revealed that the reasons she came on Instagram Live was to uplift people and dish about her upcoming projects.

“Sijakuja kuongea kuhusu what went down, I’m here to uplift people, I am here to talk about my upcoming projects and also to get on live with different celebrities and entertain people,” the former NRG Radio presenter declared.

Though Tanasha refused to address the reason for their breakup, word on the street is that the sultry video vixen in Diamond’s ‘Jeje’  seduced Diamond with her salacious dance moves.

With her fluid-like body movement and spicy twerking, the gorgeous lady is said to have captured Diamond’s attention away from Tanasha. 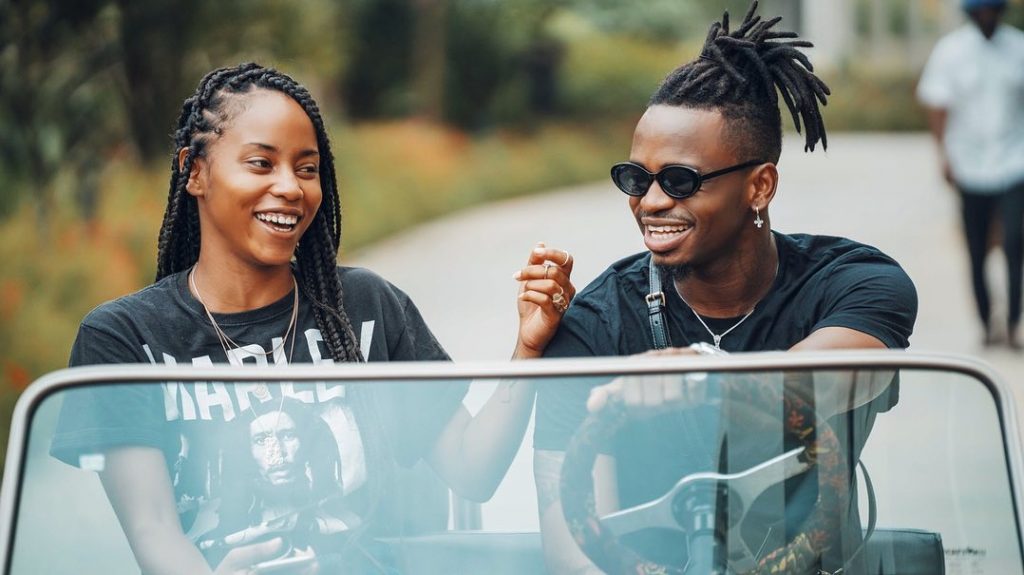 The rumours were further fueled by Tanasha unfollowing the vixen who as recent as 3 weeks ago were seemingly close.

However, 3 people from Diamond’s side survived the purge, Diamond’s brother Romy Jones and his stepdad Uncle Shamte.