Manchester United midfielder Bruno Fernandes has been named the English Premier League Player of the Month for the month of February. The January window scoop from Portuguese side Sporting Lisbon made six-goal contributions in his first nine appearances for the Red Devils.

Bruno set up Harry Maguire to score with a header in the 2-0 Victory over Chelsea at Stamford Bridge before opening the scoring and setting up a third against Watford in his Old Trafford debut.

He is the first Manchester United player to win the award in his debut season since Anthony Martial in September 2015.  Fernandes also won the club player of the month award.

The attacking midfielder also becomes the third Portuguese player to win the award after Deco with Chelsea and Cristiano Ronaldo with Manchester United.

A forty-six million pounds capture from Sporting Lisbon, Fernandes has added a creative spark from midfield that was sorely missing especially with Paul Pogba out injured for most of this campaign. 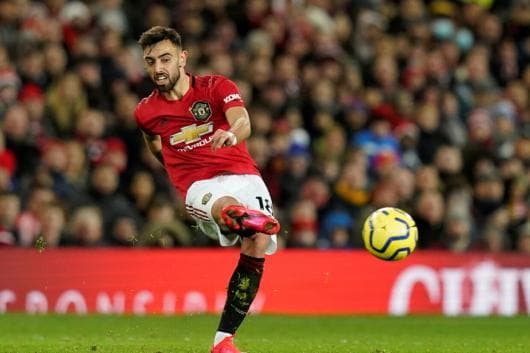 Ole Gunnars’ side is third in the table with 48 points, three behind Chelsea in fourth. With the Premier League suspended due to the Coronavirus epidemic it is not yet clear whether the season will be completed.

Several players and managers including Arsenal manager Mikel Arteta have tested positive for the virus, bringing a halt to all football-related activities in most parts of the globe.