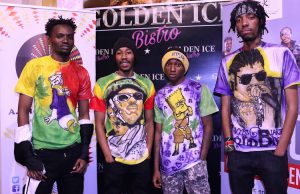 Since the start of the Gengetone genre almost two years ago, most Kenyans have always argued that it’s a wave passing by and would last only a few months.

Now headed to its third year still strong as ever, Gengetone artists have shown they can still survive despite the great odds against them.

Ethic, VDJ Jones, Boondocks Gang, Ochunglo Family, Sailors and stream of other Gengetone superstars are set to link up with Juacali, Kartelo and Willis Raburu to celebrate Gengetone in Kenya following these successful years.

The event, dubbed Gengetone Festival, will be held at Machakos People’s Park on April 10 all thanks to events prompter Mtetezi.

According to the organizers, they came up with the idea to give the Gengetone artistes the opportunity to prove to Kenyans that the genre is as good as it can get.

Others expected in the event include: Zzero Sufuri, Fatbwoy Gwash, Kambas singer Maima, Shay Diva among others.

Regular tickets are going for KSh 1,000 while a pair of ticket for couples go for KSh 1,500 which can be found on Mtickets.com.

The event is expected to attract thousands given how Gengentone music has been limited in public as different organizations have come out rebuke the genre for its dirty lyrics.