A Kenyan man was found dead in a Qatar Airways flight that landed at the Jomo Kenyatta international airport on Thursday morning.

The 37-year-old man is said to have suffered a heart attack while aboard the flight that was en route Nairobi from Doha, Qatar.

Sources at the International airport hinted to K24 digital that the body of the deceased was taken to Nairobi City mortuary.

His kins were informed of the news and asked to collect his luggage at the airport. 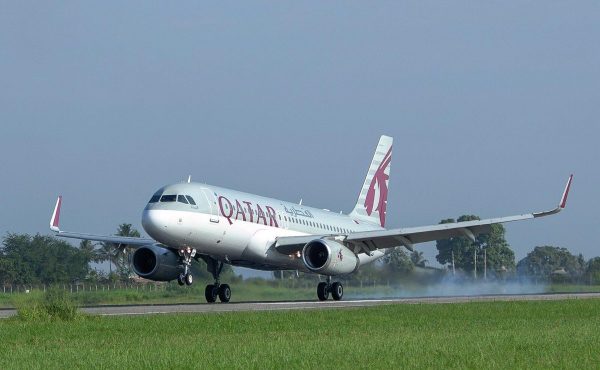 The incident comes barely a year after an unsolved mystery of a man who fell from a Kenya Airways flight heading to Heathrow, London on July 2, 2019.

The body of the stowaway fell on a home garden in south London, next to a sunbathing man.

Investigations were launched to know the identity of the man and how he got into the plane.

An international Media house, Sky news took the initiative of investing into the matter. After investigations, they identified the stowaway as Paul Manyasi, and released an e-fit photo produced by London Metropolitan.

However, JKIA management and government officials disputed the report saying that the man identified in the photo was an inmate serving a prison sentence in Kenya.

Sky News had reported that the stowaway was a cleaner under Colnet company at Jomo Kenyatta International Airport. His girlfriend also affirmed that the identity was correct and the bag and clothes collected from the scene were his.