Elders from Uasin Gishu have challenged President Uhuru Kenyatta not to ignore calls from Deputy President William Ruto stating that his life is in danger. 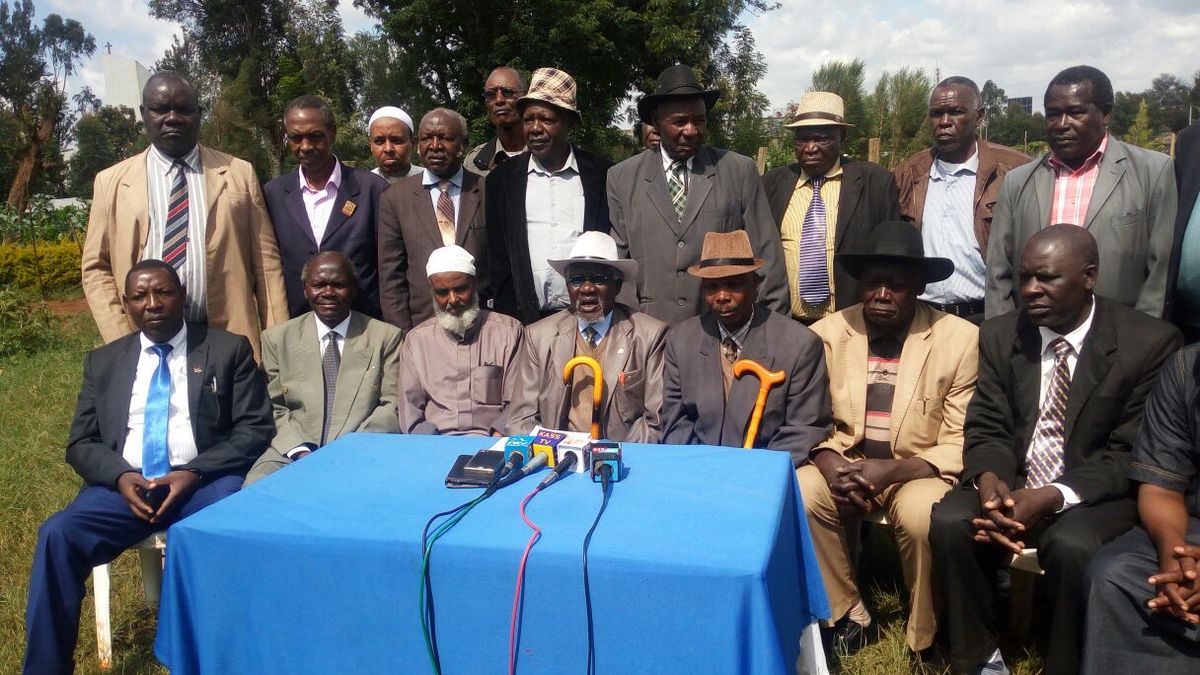 Led by representatives from the Kalenjin, Kikuyu and Somali communities, the elders, who were speaking in Eldoret town, wondered why the government had remained quiet despite Ruto raising the issue.

They demanded that the alleged threats on the life of William Ruto should be thoroughly probed.

“We want to challenge the president to look deeper into the live threats posed by his deputy. When a person of his status starts complaining about the safety of his life, serious investigations into the matter should be conducted. We don’t want him to continue complaining while the government is doing nothing,” stated one of the elders.

“last week at Chemasis during the burial of Sgt Kenei, our Deputy complained about the challenges he is currently undergoing. As residents of Uasin-Gishu, we would like President Uhuru Kenyatta to tell us what the government has done concerning the same” said Alex Mursi, Chairman Kalenjin Myoot Council of Elders.

The elders also warned leaders creating political tensions in the country saying the move was likely to derail the good existing relationship between counties living in the county.

At the same time, the elders also criticized COTU Secretary Francis Atwoli on what they termed as being disrespectful to the Deputy President.

This is after a video of him throwing away his phone cursing William Ruto emerged.  The elders further demanded Atwoli to shade some more lights on his frequent statement ‘Ruto will not be in ballot 2022’ arguing that Atwoli knows what is going on.

“We would also like to warn Atwoli to leave Ruto alone, he should respect him” added another elder Edwin Chepsiror.

The elders also questioned why the BBI committee had not availed the promised BBI report documents to the locals for them to read and make their own conclusions.