Kayole-based pastor Godfrey Migwi has made new claims regarding the ongoing Building Bridges Initiative which he says has been used to sanitize corrupt leaders.

In a detailed piece, the man of the cloth gave several examples of leaders who have gone scot-free, despite being mentioned in corruption scandals, because of being in the right side of politics.

According to the pastor, one such example is Agriculture CS Peter Munya, who he alleges had integrity questions before his nomination to the Cabinet in 2018.

“Investigations by EACC on alleged procurement malpractice have hit a snag since he became a “darling” to the system for openly abusing and attacking the DP and defending BBI,” he states regarding Munya.

On Mombasa Governor Hassan Joho, the pastor claimed, “Several corruption cases still pending in court and his academic qualifications still questionable. He faced numerous court battles when he was at war with Uhuru but since the handshake and BBI cleansed him, the cases have stopped.” 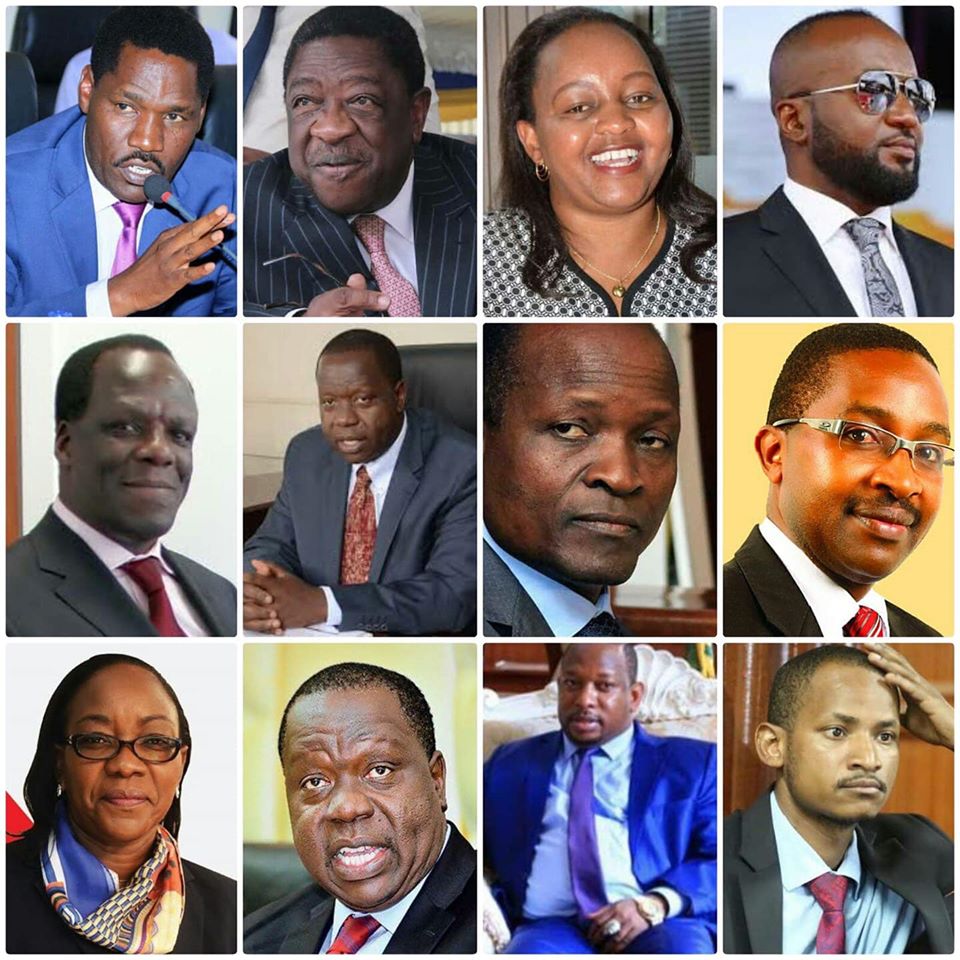 Migori Governor Okoth Obado wasn’t left behind as his past accusations regarding Sharon Otieno’s murder have seemingly vanished.

“He was Ruto’s pointman at the time he faced murder charges. By this time people even mocked Ruto for having a close link with the “killer” of an innocent girl. In the Migori senatorial by-election, Ruto was accused of teaming up with the “murderer” and corrupt governor who was by then also facing numerous court cases on corruption. But the governor turned his support to the cleansing Hands of BBI, his murder case has since that time slowed down and his corruption cases stopped… (BBI makes can cleanse all sins),” he says.

“Amos Wako can’t even go to the USA because of corruption cases, heading BBI in Kenya. Apparently we are told BBI will fight the corrupt and corruption,” his statement adds.

Here is the pastor’s statement.

The greatest enemy of the Kenyan youths yet the BBIs flower girl. I know you forgot she wanted lighter duties after NYS but wants to be the DP/PM. (youths will be sold to the hairdresser again).

The Ministry of Interior and Coordination of National Government, under powerful Cabinet Secretary, Fred Matiang’i, was listed as the most corrupt docket by Ethics and Anti-Corruption Commission (EACC).

He has also not answered queries on Ruaraka land, where EACC implicated him.

EACC termed the health ministry the most corrupt after Interior docket in the USA, but the minister has been moved without answering to several queries. She is a sycophant of the handshake.

Babu Owino
When you support the BBI, you can shoot at however [sic] you wish. You can even pay your cashbail at monthly instalments while you are out, mwathani (God).

Sonko
When you get caught up in corruption cases, all you need to do is keep quiet, get some few cars and brand them with BBI colours and strongly support the handshake . The president who is keen on using the BBI to fight corruption will call MCAs to see him at statehouse (get a token) and boom, the impeachment will be stopped!! ( BBI is the cure for the corrupt and not cure for corruption).

Has various cases on his shoulders but being close to your baba has sorted it out.

His corruption cases have stalled since joining and campaigning for the handshake and BBI.

The finance department offices at her county went up in flames when EACC were hot on her heal, luckily, she knew the detergent that washes the corrupt.