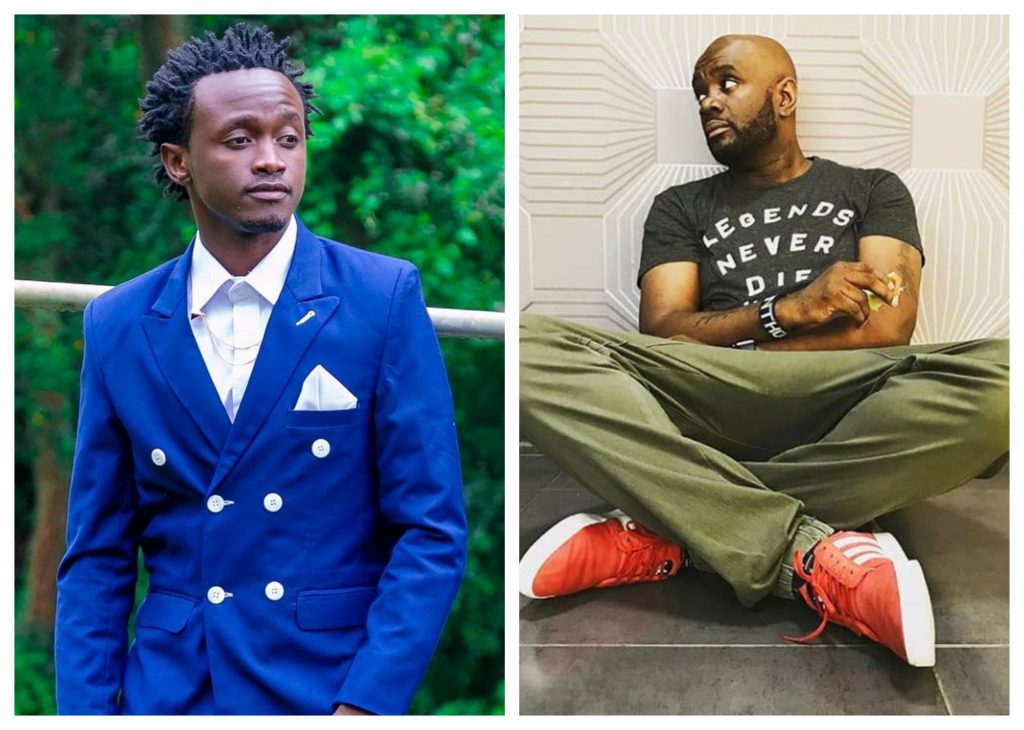 Gospel Singer Bahati has fired back at popular Homeboyz radio DJ; G Money after he claimed that he did not know him. G Money was responding to a tweet by Shaffie Weru after he asked him which of Bahati’s song he was planning to play at Milan.

Taking to twitter, Bahati downgraded the Dj terming him as an upcoming Dj adding that the only time he heard about him was when people claimed that he was gay.

The gospel artist then called him out for failing to support Kenyan music stating that it was the reason why the singer does not recognize Kenyan artists.

Bahati’s remarks have triggered mixed reactions from Kenyans with some expressing their excitement over the ongoing exchange while others ganged up against the gospel singer claiming that his response was uncalled for.

Zima hio kitu Bahati, are you even listening to yourself? You’re not making any sense, unless Diana atranslate

Unpopular opinion …Bahati is right ..G Money is like the Jamaican ambassador to KE

Guys be here hurling insults at bahati. Na ndio amechokoza baha leo.. So bahati is not entitled to reply