Embu Ward Representatives are angry at senior county officials snubbing summonses to appear before legislative committees on account of frivolous reasons including diarrhoea.

The County Assembly heard that Lands County Executive Committee (CEC) member failed to honour committee summonses claiming he was suffering from diarrhoea, despite being informed of the investigative committee’s sitting earlier. 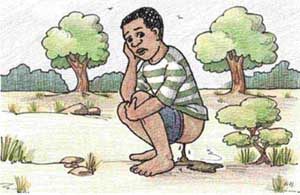 She said it was the height of disrespect to the legislature for County officers from the Executive arm of the devolved government to give flimsy excuses to avoid appearing before Assembly committees to shed light into pertinent issues under probe by the Ward Reps. This, she said, had almost crippled most sectoral and standing committees.

The MCA further added that whenever the officers appeared in committee sittings, they often did not produce the documents required as evidence while some become arrogant to the leaders. She lamented that this trend meant that such meetings end acrimoniously and the legislators close the sittings with nothing to report back to the House.

Murithi was speaking at the County Assembly debate Chambers during deliberations on the report of the Liaison Committee on County Assembly Committees’ Progress Reports for the period 1st July 2018 to 30th June 2019. Some committees were admonished to below-par performances despite receiving adequate facilitation from the Assembly.

The Lands CEC member is not new to controversy; last year, Deputy Minority Leader and Muminji MCA Newton Kariuki narrated to the House how the head of the lands docket would not answer phone calls, neither was he physically available to hold a ceremony to mark the takeover of the said land.

Deputy Speaker Steve Simba demanded for the summoning of the CEC Member before the whole Assembly to answer to questions on land matters in the county, observing that Kithumbu was too arrogant to reply to letters or pick phone calls from MCAs. He said the Assembly had mechanisms of dealing with ‘hot-headed’ county officials.

The MCAs said they would force Kithumbu to appear before all of them for grilling. However, he could not honour this summons because he was ‘very sick’ with diarrhoea.