Arsenal have provided a worrying update on Sead Kolasinac’s injury he suffered during their Sunday’s chaotic victory over Everton at Emirates Stadium.

The Serbian left-back made his first appearance for six weeks against Carlo Ancelotti’s side following an ankle problem, but lasted just 18 minutes before suffering a serious-looking shoulder injury during a collision with Djibril Sidibe and making way for Bukayo Saka. 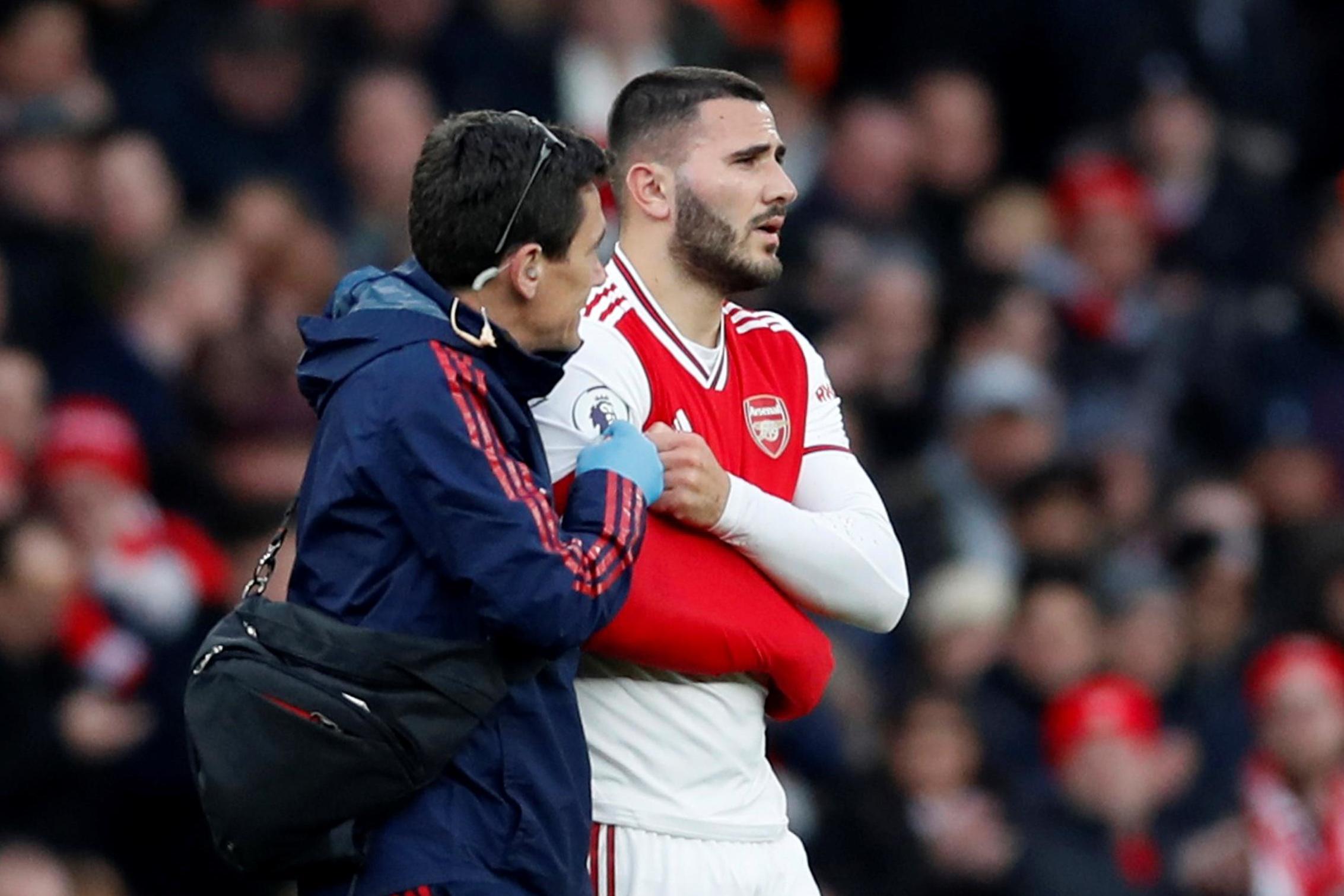 Mikel Arteta admitted after the victory that the injury looked bad and the star was in a lot of pain. Though he expressed hope that he had avoided a dislocation.

And ahead of their Europa League tie against Greek giants Olympiacos, Arsenal have given an update on the extent of injury Kolasinac suffered, describing it as ‘significant’ and will undergo further specialist assessments this week.

It only remains to see the duration the Serbian burly will be out for medication.

Teammate Kieran Tierney is hoping to be back in full training by the end of the month after suffering his own shoulder injury in December.

That is the same case for January arrival Cedric Soares (knee), though Calum Chambers is a long-term absentee after rupturing his anterior cruciate ligament last month.

The Gunners will enjoy a significant rest after their match against Olympiacos after the postponement of their Saturday game against Manchester, who will instead participate in the Carabao Cup final against Aston Villa.