In the details shared by police officers, sergeant Kipyegon Kenei had a suicide note beside his dead body when cops from Embakasi visited the crime scene with the notion that it was a regular crime.

In the note, Kenei is said to have requested anyone who would discover his corpse to call a cousin of his only identified as Ben and also his brother.

“Call my cousin Ben and brother,” read the suicide note in part.

According to the OB from Embakasi Division police station, the incident was reported by Charles Ng’ang’a who is a resident of Villa Franca Estate. Charles reportedly noticed a foul smell coming from his neighbor’s house.

33 year old Kipyegon was lying dead on the floor with a bullet wound which had entered through the chin and exited through the head. It also hit the ceiling of the said house.

Embattled former Sports Cabinet Secretary Rashid Echesa was arrested on February 13, following a raid by officers from the Directorate of Criminal Investigations over a fake military equipment tender, with meetings claimed to have been conducted at Ruto’s Harambee House Annex office.

On Tuesday night, February 18, Echesa argued that visiting DP Ruto’s office was not a crime, adding that the two were close friends who did not need formal channels to meet. 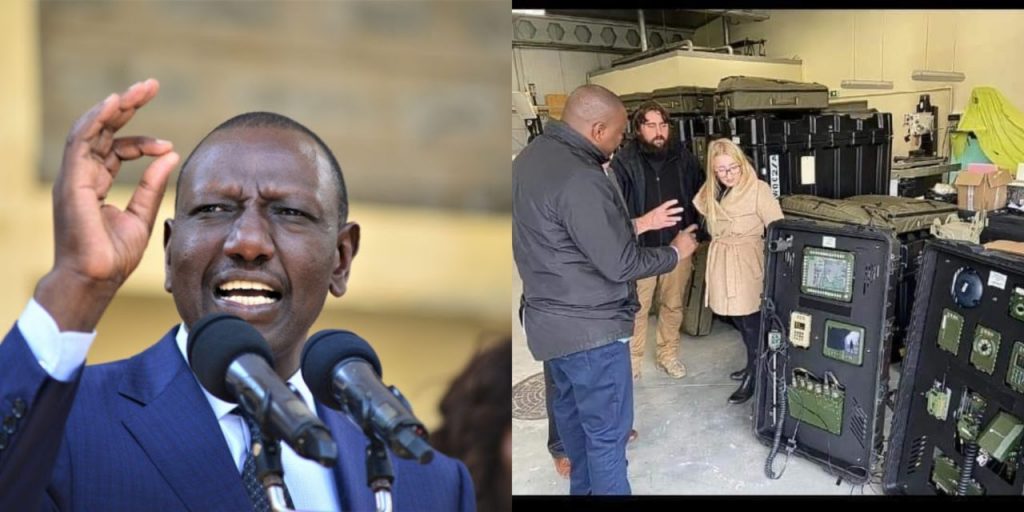 “The deputy president is my friend. We’ve been friends for a very long time. I don’t even need an appointment to see the DP,” he emphasised.

However on Wednesday, February 19, Ruto wrote to Inspector General of Police Hillary Mutyambai calling for an investigation into illicit dealings that were conducted at his Harambe Annex office.

Ruto asked the police boss to conduct thorough investigations into the allegations involving an illegal Ksh 39 billion arms deal that was allegedly conducted at his office on February 13.