Deputy President William Ruto’s has vehemently denied claims that he, on Wednesday, held a crisis meeting with his staff, ahead of a planned grilling session by detectives from the Directorate of Criminal Investigations (DCI).

Taking to Twitter to dispell the reports, State House digital strategist Dennis Itumbi called out a local daily for selling fake news, in order to increase its audience base.

The People Daily had, in its Wednesday issue, reported that the DP invited his employees to his Karen home, over an unknown agenda, just hours after the DCI announced that it would question Ruto’s staff based at Harambee Annex, over a controversial meeting held at the premises, by former Sports CS Rashid Echesa. 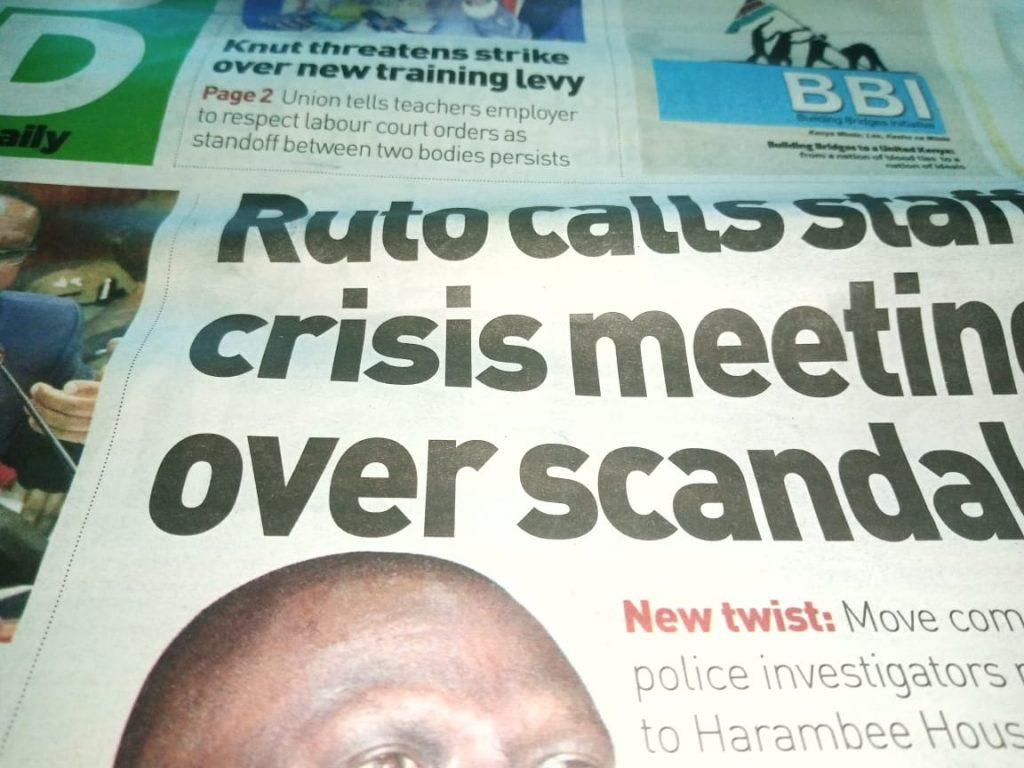 Itumbi, considered one of Ruto’s key spokesmen, noted that the news piece was based on unnamed sources, fabricated by  People Daily journalists in abid to blow the issue out of proportion.

”We have been told to report to Karen tomorrow (today) morning. The boss (DP) wants to meet staff over the issue,” the said source is quoted as saying in the article.

”But hey, let us listen to lying anonymous sources created by a newsdesk to ‘sell’ a free newspaper!” Itumbi responded.

On Wednesday, the DP wrote to Inspector General of police Hilary Mutyambai, inviting the police to expedite the investigation into his office’s involvement in Echesa’s Ksh39 billion fake guns tender, and charge anyone found culpable.