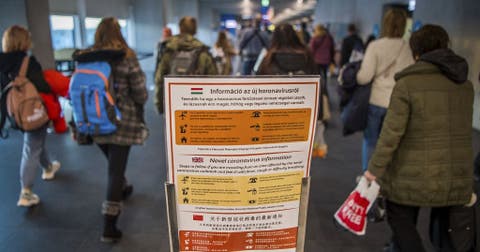 Coronavirus has been the talk globally and the doctors are running right, left, centre to ensure it can be treated and cured.

Living in a society where there is fake prophecy, people have believed they can be cured of any disease.

Currently, there is Coronavirus which has killed thousands of people, only one pastor revealed that he has invented anointing oil for curing the epidemic. People told him he should go to China and do it practically so they’d believe it but those requests fell on deaf ears.

Here are is why no pastor can go to China to cure the virus;

Coronavirus is a large family of viruses that cause illness ranging from the common cold to more severe diseases. It is transmitted between animals and people. The common signs of the infection include respiratory symptoms like fever, cough, shortness of breath and breathing difficulties. I

Faith is very important when it comes to believing that God will perform miracles and answer your prayers.

Despite pastors curing diseases like HIV/AIDS, making the crippled walk, cancer, infections etc. They may lack the faith in curing these disease since it has been reported to be incurable. No man has found the cure yet.

3. There are scared of policies.

China does not believe in Christianity so it may be hard for them to welcome pastors in their country. There are policies that everyone has to abide to.

In 2019, they closed down churches and jailed pastors. The main goal of the crackdown is to establish a new order on religion in their country.

4. They are fake prophets.

5. They want to be paid first.

The pastor industry has become a business nowadays and most of them would want to be paid before they decide to perform a miracle that would keep people talking.