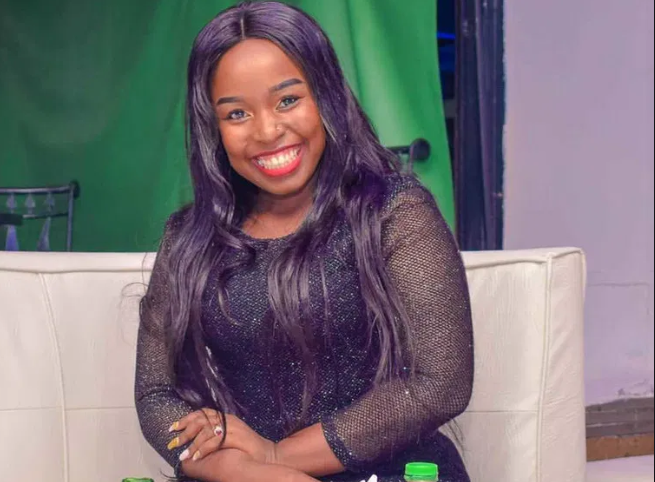 Nairobi Governor’s daughter Saumu Mbuvi has revealed that she is expecting her second child. Saumu made this announcement on social media when she narrated how she spent her Valentine’s day.

In a long post, the mother of one shared that she woke up very early and despite feeling lazy and having pregnancy hormones, she still managed to prepare food for over 100 street kids.

“Wanna know how I spent my valentines;Woke up very early …pregnancy Hormones though hata kama I was feeling lazy 🤦‍♀️😓cooked for more than 100 street kids..” she wrote

According to the governor’s daughter, she never thought her day would be as successful as it eventually turned out to be. She also thanked her team and everyone who supported her course.

“I really thought this won’t go through ..but look at God 😭😭😭😭he just has his way of making things happen.the day turned out to be such a success.” She added

Saumu also mentioned that she had no plans for a fancy baby shower because spending her day with the street children had given her the kind of satisfaction she needed.

“sorry to anyone expecting a classy baby-shower from me ..this is all that my heart wanted” she stated

In a previous interview, Saumu had narrated how her first pregnancy made her run away from the country because she was not sure how her father would react. This time is clearly different for her and this can be seen from how she publicly shared the information.

The news of her second pregnancy was well received by her fans who showered her with congratulatory messages.