Deputy President William Ruto has had an opportunity to stamp his position as the country’s second in command since the death of Retired President  Daniel Arap Moi.

Contrary to earlier reports that Ruto was excluded from performing his official duties as the deputy president, events leading to Moi’s send-off have proved otherwise. 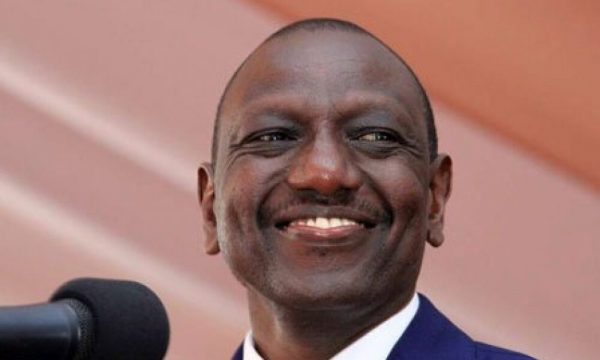 Despite delegating the duties to Kinyua, the DP was actively involved in overseeing the preparations of the state burial.

On February 10, Kenya Defence Forces Brigadier Willy Wesonga visited Ruto’s office to brief him on the final preparations of the state burial.

During the State Memorial service held at Nyayo stadium on Tuesday, Ruto represented president Uhuru in ushering in heads of state from other countries.

In an official capacity, the DP was at Nyayo Stadium to usher in special guests like Rwanda President Paul Kagame and Ethiopia’s Sahle-Work Zewde and Sudan’s Salva Kiir.

In the national farewell held in Nyayo Stadium, Uhuru and his deputy displayed a kind of affection that they had when they resumed office.

Despite the two taking separate routes on some occasions, the state burial left them walking side by side.

The two depicted unity in the manner they related, displaying what has been earlier on described as Bromance.

Additionally, Ruto took his front seat as it is required in state protocol.

Ruto sat with fellow heads of state, as Raila Odinga took a seat behind them.

This was the opposite of what is experienced during local state functions where sometimes Raila enjoys more priorities than him.