The body of former President Daniel Moi was finally unveiled for the public.

President Uhuru Kenyatta led the delegates present in viewing the body that was well placed, within the Parliament Buildings.

The late Mzee Moi was dressed in a grey suit as he lay on a green wrapped podium. 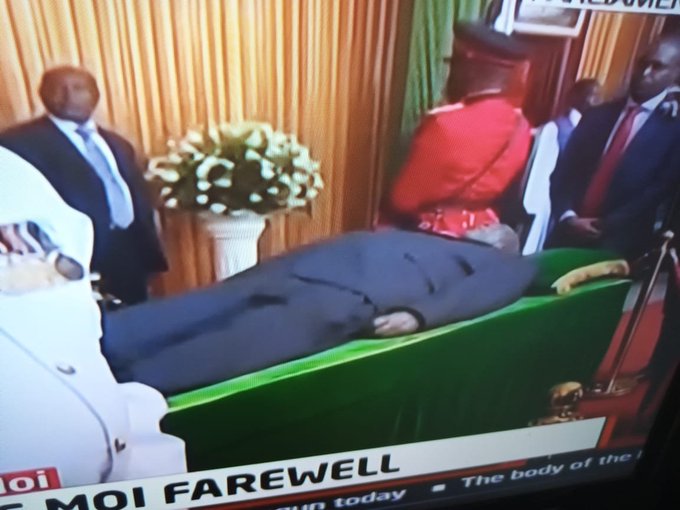 Cabinet Secretaries and other dignitaries thronged the small room to catch a full glimpse of the ‘Nyayo’ man.

Uhuru left immediately left the grounds after viewing the remains of the ‘Professor of Politics’.

Kenyans thronged the venue for the opportunity to have a last look of the man who ruled the country for 24 years.

Unlike Uhuru, Deputy President William Ruto and Cabinet Secretaries, some governors made their way to the grounds on foot.