Opera News on Friday established why the Luo community referred to the late President Moi as a Son of Odongo which can loosely be translated to mean son of the soil.

Independent research done by Opera News unearthed that the name or phrase could have drawn creativity from the fact that Moi could have been related to some of the Luo ancestors.

“You’ve probably heard the Luo referring to President Moi as ‘MOI WUOD ODONGO’ meaning ‘Moi son of Odongo’May I report on its origin?” A tweet from Tom Bwana read in part.

On becoming President in 1978, community delegations were falling over each other as they scrambled to get the President’s attention in those never-ending State House visits. The Luo were not left behind.

According to Tom, Odongo Omamo and Onyango Midika were among the notables who led Luo delegations to State House Nairobi.

They were happy to point out to the man from Sacho that it was indeed their son Mwalimu Thomas Wasonga who was belting out tunes after tunes in praise of the new president.

Onyango Midika Janyando and Odongo Omamo were quick to point out to Moi that the Luo were the happiest to have him as president because if not for anything he was ‘one of their own’.

“We share a rich history of NILOTIC ancestral lineage, ” they reminded the president. 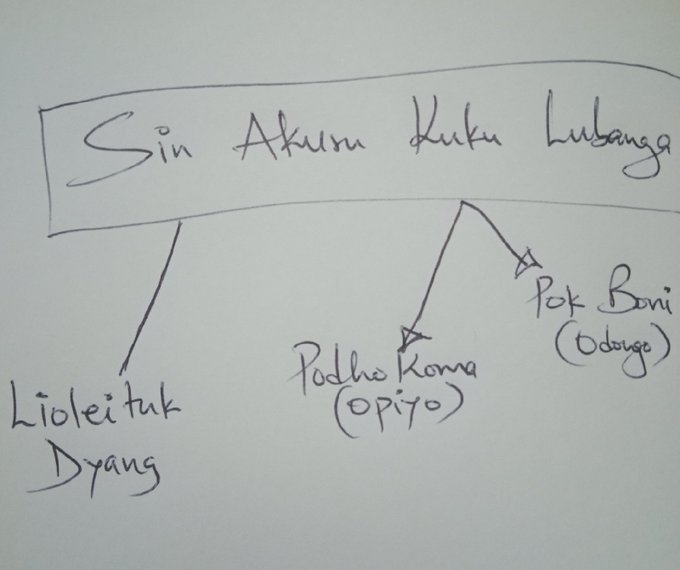 According to Bwana, Sin Akuru Kuku Lubanga, the father of Nilotic speakers lived in Dog Nam around the present-day Lake Turkana and Baringo around the 2nd century BCE. From his 12 wives he had 3 sons: Lioleituk Dyang is the father of the Plains Nilotes (Maasai & the Maa)

The other two sons were twins: PODHO KOMA was the first of the twins. His descendants are the present-day Luo of Eastern Africa. Among the Luo, the first of twins is called Opiyo because he came out piyopiyo very first. Apiyo, if female.

The Luo delegations pledging allegiance to Moi in the wake of the new presidency in 1978 to early 80s were well aware of their history and did not waste time to remind the president that the Luo must be proud to be close to power.

“You are one of our own. Are you not Wuod Odongo, brother to Podho Koma our ancestor? Count on us for support.”

They lavished the former president with hagiographic praises.

The Wuod Odongo reference has been used to refer to President Moi for so long that to some, it is Moi the individual rather than group reference to the entire Kalenjin nation.

Understandably so because of dominance. He was the most notable Kalenjin figure for many years.

Bwana also notes that Charles Odhiambo from Radio Ramogi reminds him that “only Raila Odinga gets the Kalenjin baptismal name Arap Mibei – born near the large waters.”

You've probably heard the Luo referring to President Moi as 'MOI WUOD ODONGO' meaning 'Moi son of Odongo'. May I report on its etymology? Be my guest.