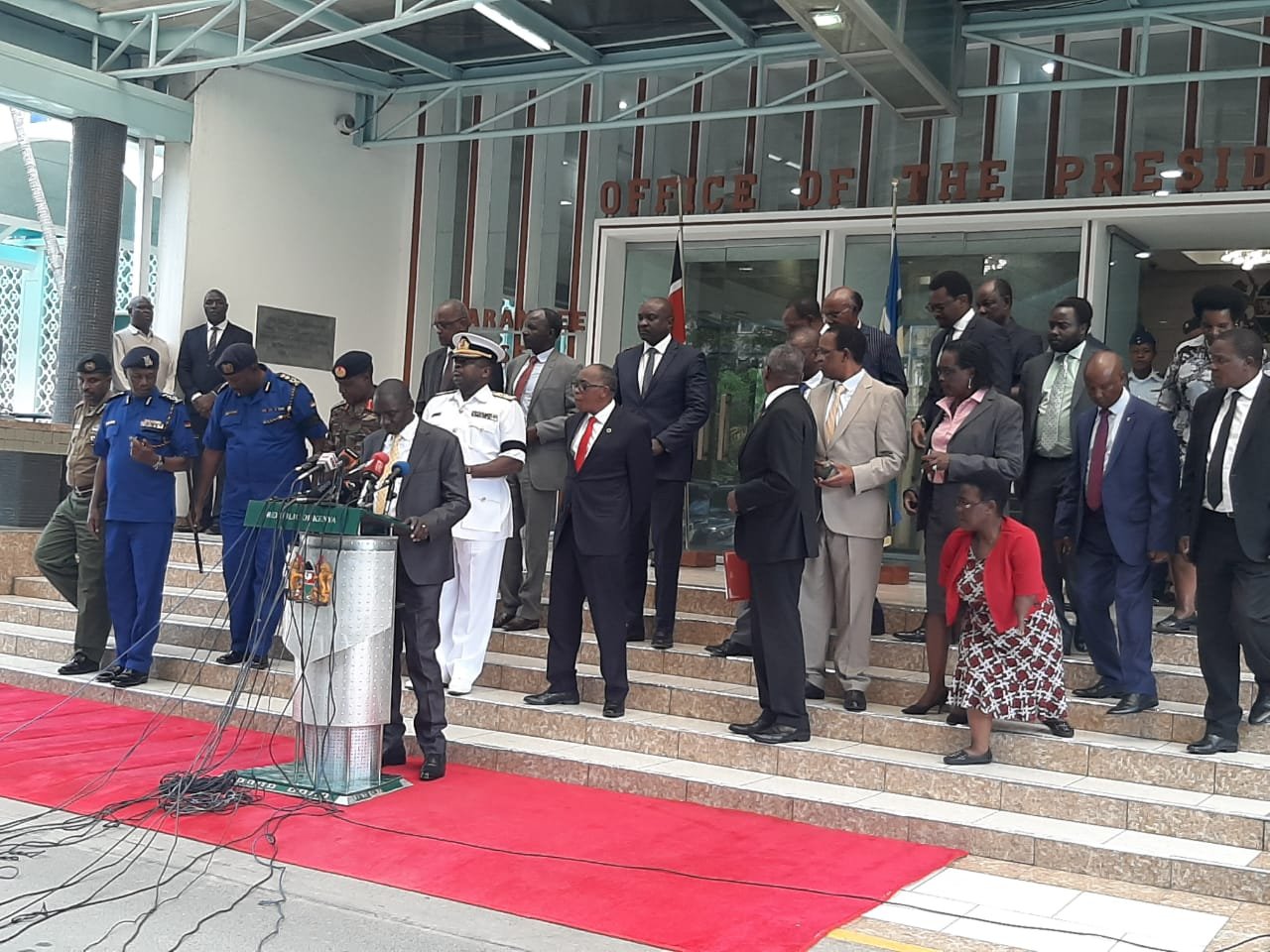 This is to enable Kenyans to participate in celebrating the life of departed former head of state Daniel Arap Moi.

The announcement was made on Thursday noon by head of Public Service Joseph Kinyua.

President Uhuru Kenyatta will lead the nation in the public viewing of the body from Saturday, February 8, 2020, at Parliament buildings from 10:00 am.

All State Officials whose attendance is required by tradition and State Protocol have been notified, and they are therefore requested to be in the precincts of Parliament by 9:45 a.m. on Saturday.

The body of the late retired present Daniel arap Moi shall lie in state at Parliament buildings for three days from Saturday 8 to Monday February 10, 2020.

This is to allow the nation to reflect on President Moi’s momentous role and achievements, and to accord all Kenyans the opportunity to participate in public viewing and the paying of last respects to the former Head of State and Government.

After lying-in-state for three days, on Tuesday February 11, 2020, the gun carriage and State Funeral Procession will make its way from Parliament Buildings to the Nyayo Stadium, the venue of the National Memorial Service.

The public viewing at Parliament Buildings will be done on Saturday, Sunday and Monday between 08:00 A.M to 5:00 P.M.

Remains of the late retired President  Moi will be Interred on Wednesday 12th February at his home in Kabarak.

All Kenyans have been encouraged to plant a tree in memory of the late former president.

Kinyua: All Kenyans are encouraged to plant a tree in memory of the late former president #RIPMoi pic.twitter.com/UJPMZyQt9t