Just a day after getting dumped by all private Health Insurers, Kenya Revenue Authority (KRA) has now gone after the troubled Nairobi Women’s Hospital.

KRA has suspended the facility from its list of service providers.

The facility’s staff have been advised to visit other facilities till the matter is resolved.

KRA SUSPENDS Nairobi Women's Hospital from its list of service providers, staff advised to visit other facilities till matter is resolved. pic.twitter.com/KQKGdQZh9l

This comes just a day after several health insurers suspended services at the hospital following a damning social media expose.

Officials on Tuesday noted that the suspension would take effect from, Wednesday, 5th February.

In a notice by AAR Insurance, the insurer says their services at the health facility and all its branches have been suspended with effect from Wednesday. 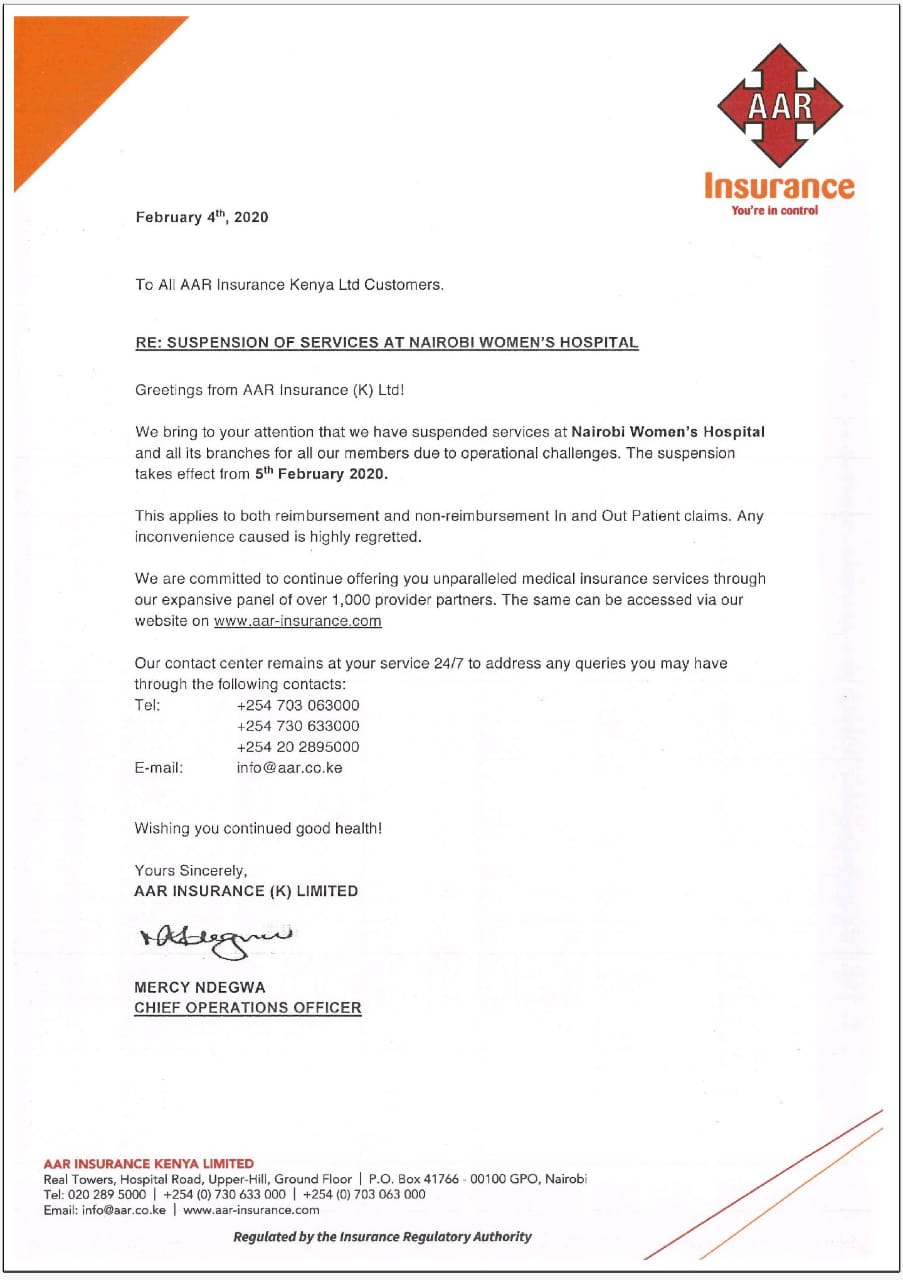 According to Mr Tom Gichuhi, the Association of Kenya Insurers (AKI) chief executive, the underwriters held a meeting on Monday evening and resolved to take the drastic measure.

CIC Group has also suspended services at the medical facility. 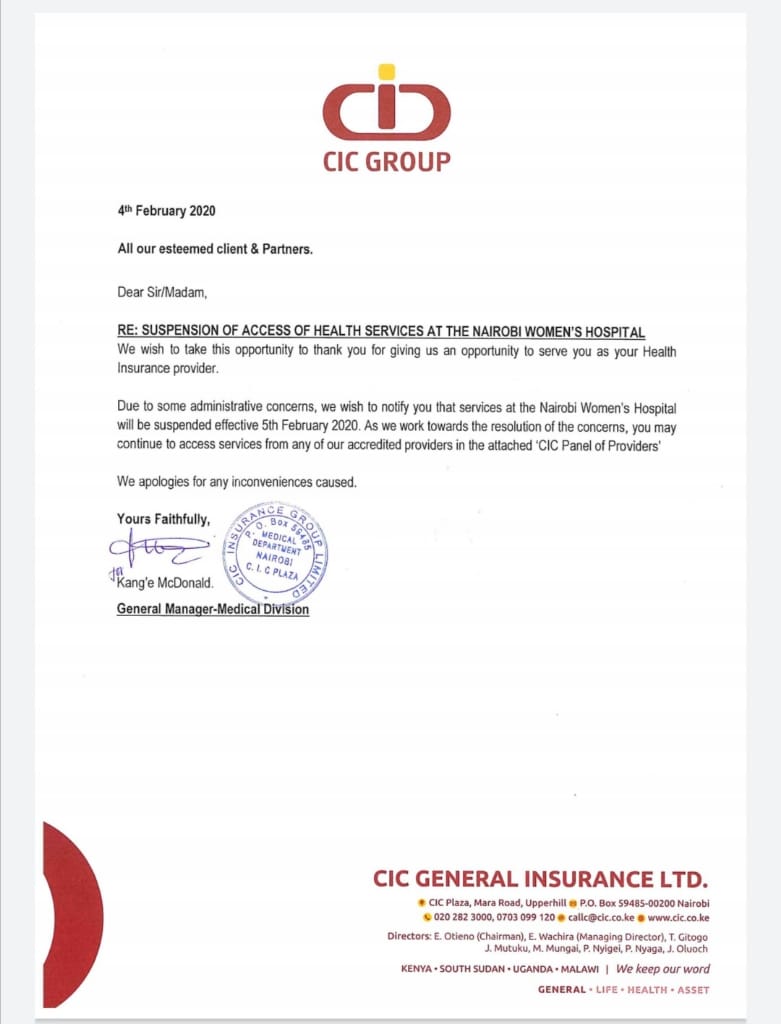 However, the Nairobi Women’s Hospital’s board of directors issued a statement, saying it had launched an internal investigation into claims that its doctors force patients to undertake unnecessary procedures.

The board said it was also cooperating with the Kenya Medical Practitioners and Dentists Council, which is also conducting an independent investigation.

The medical council CEO, Dr Eva Njenga, said that they would reveal their findings within a month.

The facility’s woes come a few weeks after an expose was done on social media.

Leaked WhatApp chats showed how the hospital bosses set daily targets for the number of patients who should be admitted.

They show that the revenue, commissions, admissions and discharge numbers were allegedly being actively monitored hourly, every day, and day and night by the chief executive officer, Dr Felix Wanjala.

To do this, the CEO recommended that his team, based at the Nairobi Women’s Hospital branch in Nakuru (called Nakuru Hyrax) should “start with looking for referrals”, not miss “any opportunity (to admit)”, and be “very vigilant in casualty”.