Former Kenyan President Daniel Toroitich Arap Moi died peacefully in his sleep on the morning of Tuesday, February 4. The retired president passed on at the age of 96 years.

Apart from being an accomplished politician, Moi was also an ardent sports lover, football in particular.

In a documentary aired years ago profiling his life, one of his teachers noted that Moi was a very good footballer while in primary school. 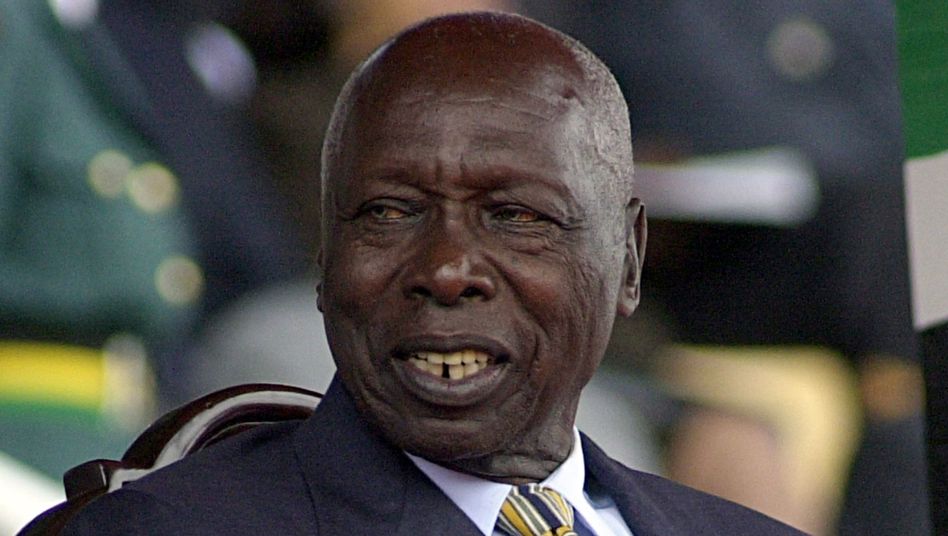 His love for football never subsided once he became president and could be seen on many occasions attending football matches.

He even had a tournament named after him, the Moi Golden Cup. Whisper it quietly but it was rumoured that Moi was a die-hard Gor Mahia fan.

Below are seven images of the late Head of State joined the regular football fan to enjoy the emotions that the beautiful game evokes on people.

There is no denying he loved the beautiful game. He never missed a Harambee Stars home game if he was in the country. #RIPMoi pic.twitter.com/WcQXxIFCJu

We join other Kenyans in mourning our former president Daniel Moi. May his soul rest in eternal peace #RipMoi pic.twitter.com/YVhkzLWroy

Mzee Moi was an ardent supporter of Harambee stars and never missed a match, we celebrate you life Mzee.#RIPMoi #RIPPresidentMoi pic.twitter.com/omDoJAbR0C