It seems like churches nowadays have turned into a money-making industry with some pastors going against the acceptable ways to attract more congregants.

The so-called ‘men of  God’ are preying ruthlessly on the desperation and ignorance of their congregation.

Every week, a pastor must be on social media trends after his/her dramatic sermon goes viral.

A new video has emerged on social media capturing the moment controversial Ghanaian cleric, Pastor Obinim praying for a church member and a supernatural came out of his shoes.

According to the video, the controversial cleric was seen praying for the church member with his legs placed on his hands.

After the prayer session, he then pulled his shoe and asked the church member to pick the passport which he claims to be a supernatural gift from above. 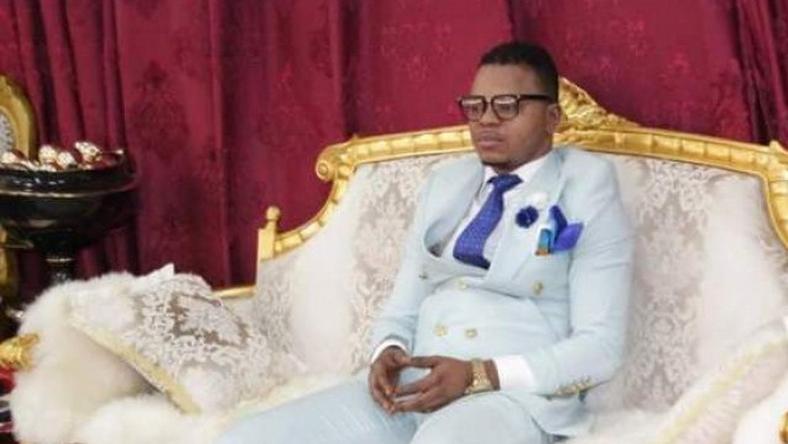 Pastor Obinim is not new in scandals, a few months ago, he was arrested by the police for flogging two of his congregation in front of church members for engaging in extramarital sex.

In another video, he was caught stepping on a pregnant woman in a bid to cure her from evil spirits.

However, pastor Obinim is not the only man of God who has tried to help his congregants to travel abroad.

A few years ago, a  Ugandan Pentecostal pastor, found himself on the limelight after he allegedly blessed his congregants’ passports to help them get visas for the industrialized world.

It was reported that, at Joshua Magezi’s church, a box-like structure of wooden planks and iron sheets, the faithful are encouraged to bring their passports each Sunday so the pastor, through prayer, can expedite their visa applications.