A section of Gikomba market is on fire.

Reports indicate that several stalls have been razed down after the fire broke out in the wee hours of Saturday morning.

Further information noted that firefighters and the Red Cross team had arrived at the scene. 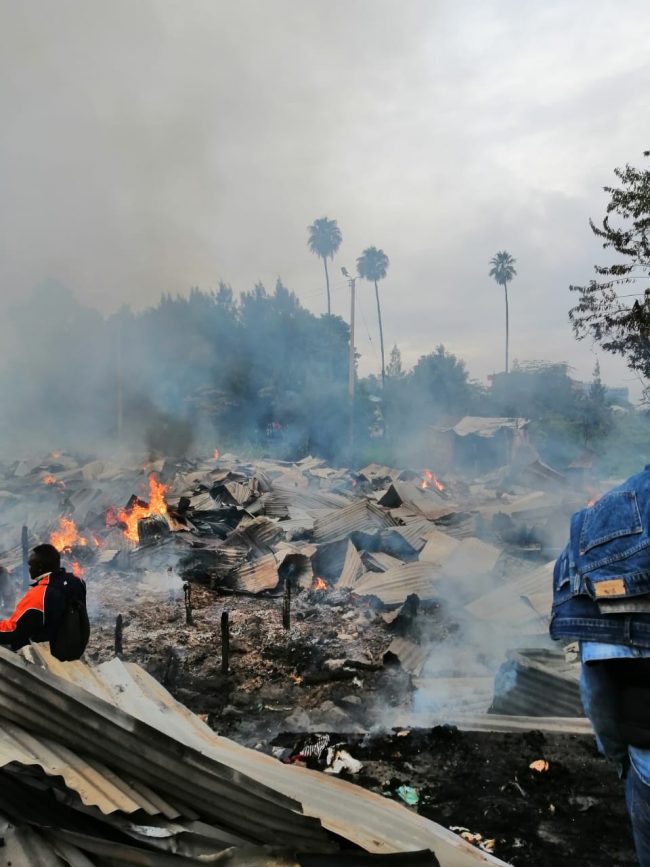 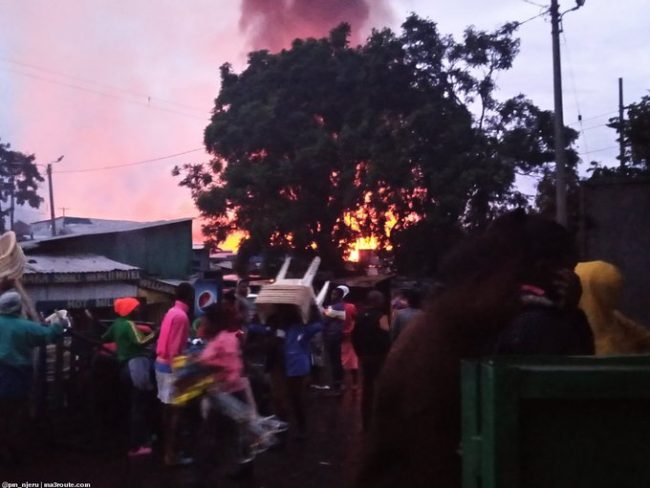 The cause of the fire is yet to be established.

In April 2019, a similar incident occurred leaving a trail of losses.

Eyewitnesses explained that the section that had shoes and apparels, was mostly affected by the tragedy.

The situation took close to two hours to be contained much to the disappointment of the traders.

Some of the traders accused the authorities of carelessness in dealing with the calamity.

The businesspeople articulated that they would have managed to salvage some of their belongings if the people in charge to deal with such calamities were professionals.

A trader identified as Anne Wangari, noted that she had just started her business afresh after the same tragedy struck in 2018.

Our property burnt down in February this year, we lost everything. Last year in November we lost everything. Some of us went to banks to take loans to start our businesses afresh and now everything has been reduced to ashes. What kind of Kenya is this?” remarked Wangari.

The fires at the market have become a yearly occurrence with no action taken to stop the madness.

Nairobi Governor Mike Sonko had on numerous occasions promised to deal with the menace.

He had vowed to form a multi-agency team to look into the matter but no progress on the issue has been made since then.

The latest happening leaves the question of until when will the fires continue for the government to finally intervene.