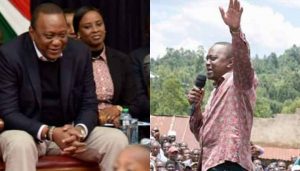 Who wore it better?

In my opinion, President Uhuru Kenyatta is one of the underdressed presidents ever. Even governors like Mike Sonko and Joho do better sometimes by rocking some designer attires. In fact, the Mombasa and Nairobi governor have both attracted the attention of Kenyans several times by their fashion sense.

Although everyone has their own preference, we would probably expect more from a President in terms of his choice of outfits. His designers should do better!

Two instances that stood out about his style is the army regalia he wore during 2018 Jamhuri day and the day he wore a blue designer shirt worth… Beyond these two occasions, he has always kept it plain and simple.

As a result of simplicity, there are several instances where other personalities have been spotted wearing outfits similar to those of President Kenyatta;, especially shirts. Some of the personalities have revealed that they share a designer with the President.

Former Prime minister Raila Odinga  was accused of copying the President after he stepped out in a shirt similar to one of the President.

Raila Odinga wore a striped polo t-shirt during an interview with Radio Jambo at his home a day after President Uhuru held a live Facebook chat with supporters.

During a function in Nyeri, spokesperson, the executive office of the President Kanze Dena made headlines after she stepped out in a blouse resembling Kenyatta’s shirt which is very familiar to the public. While some linked it to loyalty, others got the opportunity to crack jokes about it.

President Kenyatta and Deputy President William Ruto once rocked matchy outfits with similar ties during a press conference at statehouse.

This twinning excited  Kenyans and many could read that they were trying to send a message of hard work and togetherness. 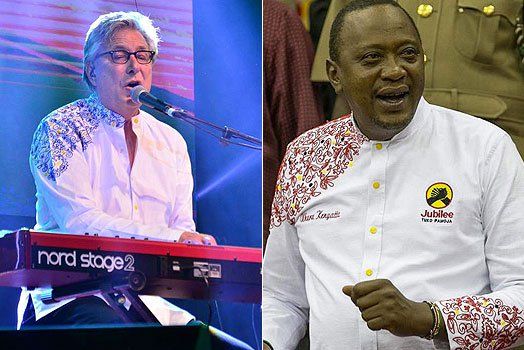 American Gospel Singer Don Moen wore a shirt with a design similar to the President. Moen had visited Kenya for a live concert at Christ Is The Answer Ministries (CITAM), Valley Road when he wore the shirt.

According to several reports the shirt was designed by Designer Carol Pulei who had made a similar shirt for Uhuru.