The much-feared coronavirus is suspected to have found its way into Kenya after a patient was reportedly rushed to Kenyatta National Hospital upon arrival at Jomo Kenyatta International Airport from Guangzhouon China on Tuesday morning. 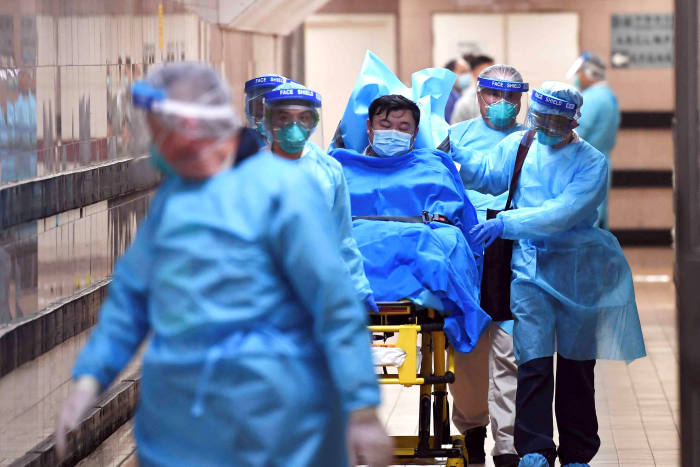 According to the Kenya Airways, the patient was immediately quarantined at the Hospital after she exhibited signs of the deadly disease.

“Decision to quarantine the passenger was reached by the health authorities stationed at JKIA after consultations,” read the statement from Kenya Airways.

According to the hospital’s Manager Hezekiel Gikambi,  the patient China with coronavirus-like symptoms was a student and had travelled to Nairobi from Guangzhou China.

The patient is expected to undergo a myriad of tests to ascertain whether she is suffering from the deadly virus or not.

Foreign Affairs Ministry has already urged Kenyans to avoid non-essential travel to Wuhan, China until the Coronavirus situation is contained.

85 Kenyans are already stuck in Wuhan in China as health workers continue to battle the raging coronavirus outbreak.

Elsewhere, panic griped over 500 workers of Karimenu dam project in Kiambu on Sunday morning after three Chinese nationals feared to have contracted a deadly disease arrived at the construction site.

The three nationals are reported to have been picked at Jomo Kenyatta International Airport (JKIA) and were to report to work at the site on the course of the week.

According to reports, the two were immediately isolated and kept in a room awaiting further examinations.

“The incident happened at around 1 pm and we all thought it was a fire outbreak. Work was temporarily stopped including the closure of the nearby eating joints. The issue took us by surprise(sic),” narrated one worker.

The area was cordoned off pending results of the tests conducted on the two Chinese nationals.